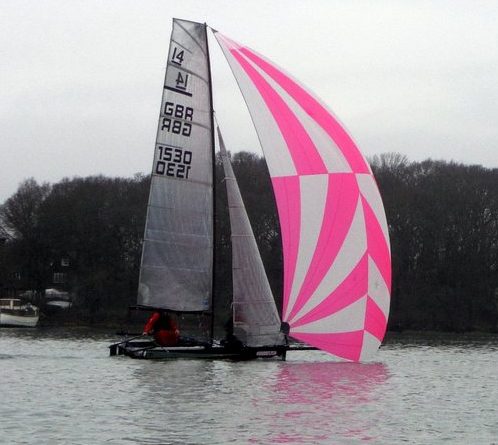 Sunday brought another light wind day for the second two races of the Open Snowflake Series. Unfortunately after the start the wind died away to almost nothing, leaving competitors looking for the barest wisp of a breeze in order to complete the course with even fast boats taking 1½ – 2 hours to complete the course. It was thus only possible to run one race.

In the Medium Fleet, the fastest boat on the water was Richie Bailey in a Laser (Emsworth SC), who while well ahead on the water dropped back to 3rd on handicap. The remaining top places were taken by Solos, with Martin Frary first, and Guy Mayger (Felpham SC) second. Martin Frary now leads the series.