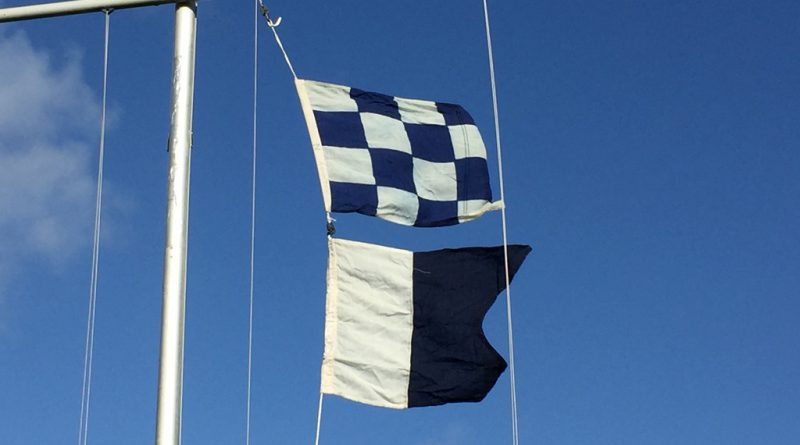 Despite a heavy wind forecast, a hardy bunch of keen sailors made it down to CYC for the third day of Snowflake Racing. The wind was deceptive on shore, but out on the water was F6 gusting 7 at the start of the race> This was borderline sailable and a number of racers went out only to head straight back to the safety of the shore. There were many capsizes and the safety boats put in a lot of work to rescue people & boats.

The wind continued to build during the first race. Race Officer Derek Jackman recognising this, shortened the first race & wisely abandoned the second race The Fast Fleet got off to an exciting start in the first race (R4) powering their way over the line within seconds of the gun, and had a very fast first lap. The SW wind allowed use of a good part of the lake. 5 boats started in the Fast Fleet, 3 finished, honours going to Simon Kings & Alistair Westle (Fireball -HISC). Fast Fleet series lead after 4 races are Roger & Jane Gilbert (Merlin – Felpham SC). The Medium also fleet also got away cleanly, but a number did not make it to the start line, some retired mid race, with 10 finishing. Alex Butler (Laser 4.7 – HISC) won. Series lead remains Martin Frary (Solo).

In the Slow Fleet only Georgie Cousens & Jessica Randall-May (ESC/CYC) braved the weather in their RS Feva, but sensibly retired in the tricky conditions.

Most notable for sporting achievement despite an ongoing injury of the crew, which has led to them sailing a 2000, were Steve & Sarah Cockerill. A rig problem delayed their launch, and they arrived at the start line 4mins late. Despite this they were catching the rest of the fleet when the race had to be shortened. Check out their Windy 2000 Video.