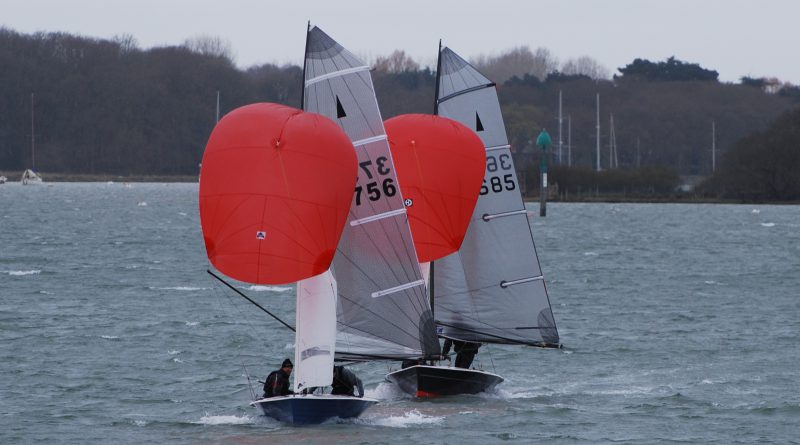 More windy weather hit the Snowflake Day 4 on Sunday 21st February. The wind started out at Force 6 gusting up to F7, but luckily it did abate a bit during the racing. Even so it was a day for the experts, with some very good sailors retiring early. The safety boats were of course kept busy! Two races were able to be run.

In the Fast Fleet David & Fiona Sayce (HISC) secured two first places in their fireball, and now lead the Series. In the Medium Fleet Steve & Sarah Cockerill (Stokes Bay SC) also took two first places, moving up to second in the series. The Medium Fleet continues to be led by Martin Frary in his Solo. In the Slow Fleet Henry Green & Seb Woodall (Langstone SC) in their Feva won both races, with some great reaches. Fin Swanton (Topper, Felpham SC) continue to lead the series

With especial thanks again to all the safety boat helms & crew for all their hard work.

If you have any photos from the snowflake, send them to cycdinghyinbox@yogile.com