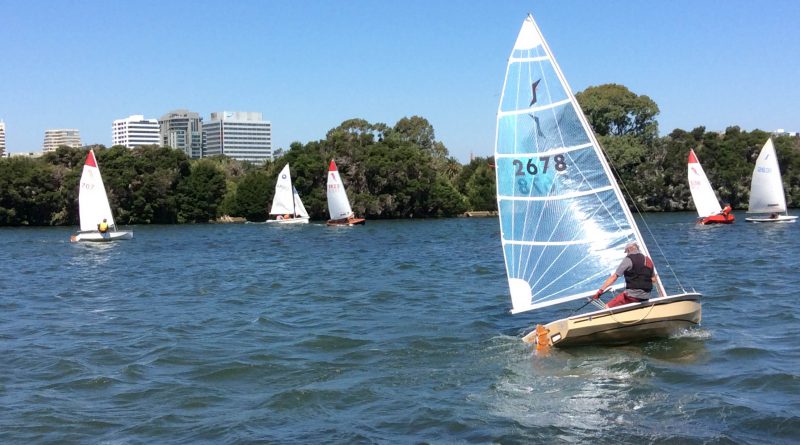 Ian Lissamore, CYC Solo Sailor reports back on Solo sailing Down Under! 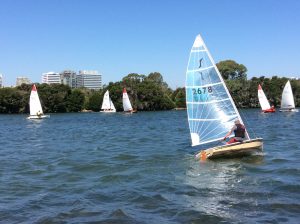 Walking around Melbourne with my partner Alison, whose home city this is, I was suddenly feeling all ‘shopped out’, and suggested we try and find the Formula One circuit which hosts the Australian Grand Prix.  Since we had just walked around Albert Park, we knew it wouldn’t be far.

All I recalled of the circuit, was that it had a lake in the middle of it, which usually had boats sailing on it during the Grand Prix.

The lake was found and the pleasure of seeing racing taking place, turned to delight, when three Solos raced into view.

I had a vague notion that the Solo class was present somewhere in Australia, and that a block of numbers in the 2000s had been allocated to them, but that was the extent of my knowledge.

I took some photos of them racing, to prove I hadn’t been dreaming, and made contact with the sailors once they hit the shore. They were incredibly hospitable and intrigued to meet a fellow Solo sailor from the UK, they don’t apparently turn up on their doorstep every day.

Alison and I were treated like royalty, being plied with beer and barbecued sausages on the balcony overlooking the lake, a practice we could well take up at our club, as an after race social, weather permitting of course.

The best picture I had taken of the racing, happened to be of the fleet Solo captain, Ray Wines and I was happy to give him a copy. The evening ended with me being presented with a booklet of the Albert Park Yacht Club history, which goes back to 1871 and being photographed with the group of sailors present, including Ray on my left, and Geoff Kirkham on his left, who has only just given up active Solo racing at the age of 86, picture attached. 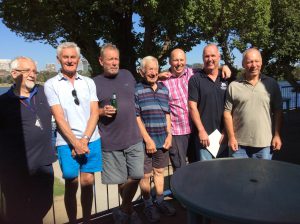 And what of the Australian Solo fleet I hear you ask, well Solos appear to be a dying class over here, never having been very popular, and that’s not likely to change since the demise of the main builder. Six boats are registered at Albert Park, and no one knew of any others.

They were amazed at the popularity and growth of the class in the UK, and I left Ray with details of our club website and the National Class Association details, so he can keep in touch.

And the Grand Prix circuit too was found, or at least bits of it, I hadn’t realised that just like the Monte Carlo circuit, it’s composed of ordinary roads just closed for the event, and the sailing during the Grand Prix is encouraged, since it makes an interesting diversion , to what might be a processional Grand Prix.

A memorable day all round.