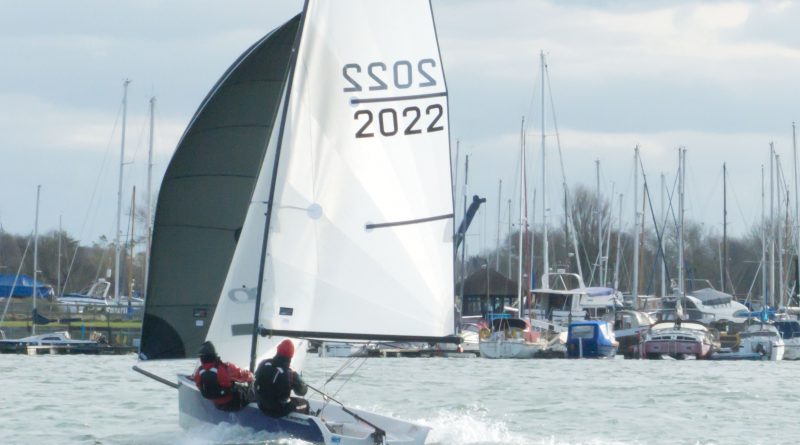 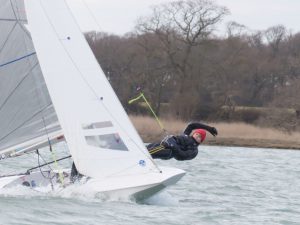 The last Snowflake race in February was held on Sunday 28th February. A single long race was held. Competitors were greeted by a stiff breeze in near freezing conditions, making for a very chilly sail. But a bright and periodically sunny day with good wind brought some excellent racing. 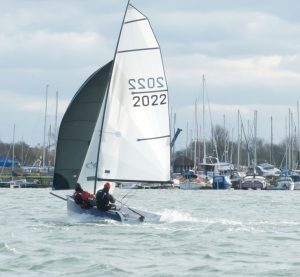 In the Medium Fleet Steve & Sarah Cockerill (Stokes Bay SC – 2000) have really got into their stride in the 2000, dominating the racing being the only boat to complete 4 laps, well ahead of the rest of the Fleet. They now lead the series, pushing Martin Frary into second place. Alex Butler (HISC – Laser 4.7) also had a good day with a well-deserved second place, and is now third overall.

In the Slow Fleet four RS Feva’s went out in the chilly conditions. Henry Green & Seb Woodall got a good lead and finished well ahead of the other three boats. Henry & Seb are now in second position in the series challenging Fin Swanton (Felpham SC –Topper) who leads the series. Nina & Connie Radford (Langstone SC – RS Feva) are currently in third place.

The final races are on Sunday 13th March, with plenty of opportunity for challenges to places!