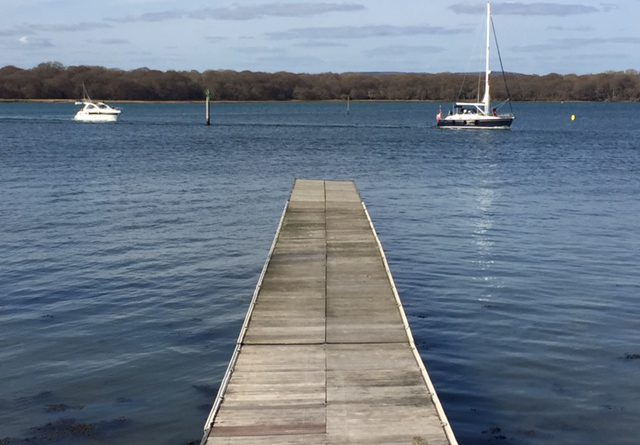 With Good Friday having the best forecast of the Easter Weekend, a bunch of the keen racers from Chichester Yacht Club headed down to the water for the first club races of the 2016 season. While the water was still chilly competitors were greeted by bright sunshine, and an unexpectedly warm day. The wind was from the north but forecast to move south and lighten during the day. As the sailors got on the water the stiff Force 4 started to weaken as racing got underway.

The wind was gusty & variable throughout, remained from the North in Race 1, but dropped off dramatically in Race 2, and spun to the South by Race 3, making for some interesting sailing.

The Fast/Modern Fleet was dominated by Jason & Sonia Kirk (2000) who won every race, with clear water between them and the chasing 2000s throughout most of the races. (Must be the bobble hat!). The remaining places were fought out between the 2000s in Races 1 & 2 with the new members Chris Grosscurth & Emma York in their RS 400 nipping up the fleet to third place in Race 3.

The Medium/Classic Fleet was largely composed with Solos & Lasers with a Streaker Wave plodding round mostly behind! Ian Lissamore, (Solo) back from the Southern Hemisphere, won the first race just ahead (on handicap) of Charlie Porter (Laser). Races 2 & 3 were won by Ian Barnett with Anthony Osman second in both races.

Easter Eggs were provided for competitors by Race Officer Ron Green – a special thank you! Donations were collected in the RNLI collection box from all the racers. Many thanks.