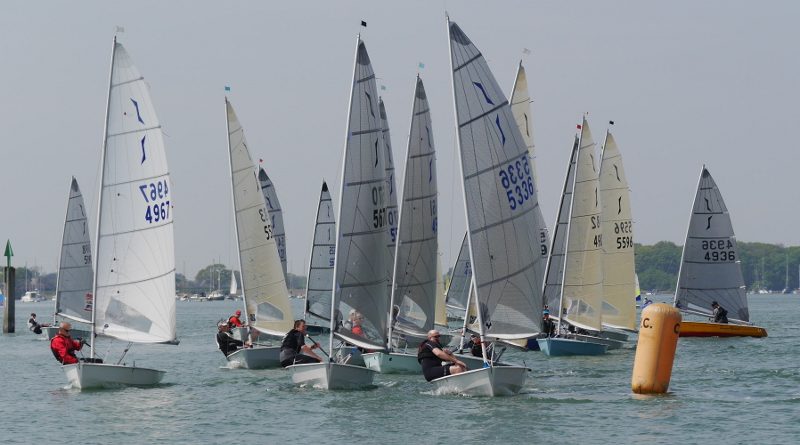 The 2016 Chichester Yacht Club Solo Open was held alongside a Europe Open. Sailors were greeted with the first warm weekend of the year – hopefully a precursor to a lovely summer! Warm sunshine but initially no wind greeted the 34 entries for the Solo Open meeting. With competitors travelling from across the South East, the sailors were all hoping for the forecast Force 4 wind to kick in. A little later than forecast the wind arrived – an interesting F3 building to F4. Race Officer Andrew Martin had to delay the start a little but racing got underway with 3 races.

In the Solo Fleet Race 1 there was initially a strong tide pushing competitors across the start line – resulting in a general recall. A new start line was laid to reduce the effect of the tide and racing got under way. Race 1 was led by Chichester YC’s Ian Barnett from the early part of the race, retaining his lead through the race, local knowledge on tides helping. There was some fierce competition for the next few places with Vince Horey (King George/HISC) in 2nd place and Martin Frary 3rd. Anthony Osman was leading CYC boat in Race 1 with a fifth place. 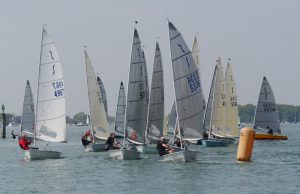 Race 2 was held at about high water, so less impact of the tides. There was some close racing throughout the fleet Nick Bonner (Hamble River) was in into second place behind Martin Frary in the early part of the race but Vince Horey managed to pass him in the latter part of the race. Martin Frary was first, Vince Horey second and Nick Bonner third. Richard Anderton, who is not a regular Solo sailor, was the leading CYC boat in sixth place sailing a borrowed boat he had never sailed before

By Race 3 the tide had started to run out quite fast, again there was fierce competition throughout the race, but Martin Frary once again got a dominating lead and finished in first place. Vince Horey was second and Richard Anderton getting into the swing of Solo sailing was third. 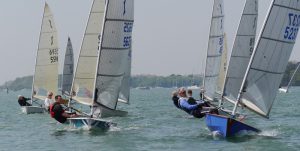 Overall sailors had had a wonderful days sailing returning to shore for a CYC tea and prize giving
Europe Open to follow!