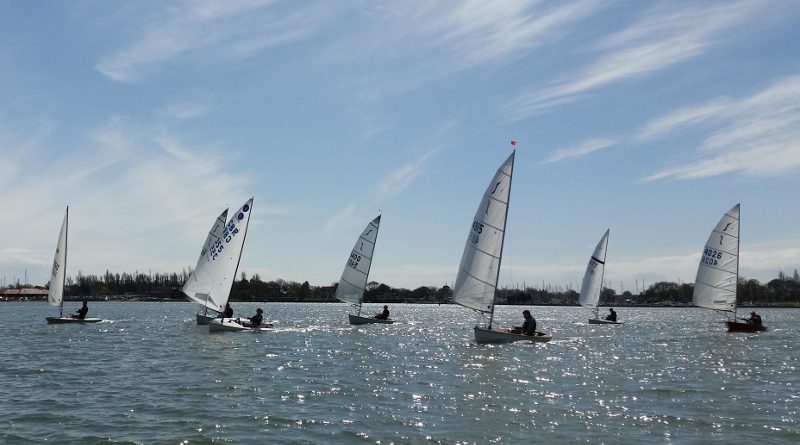 The final races of the First Breath Series were held on Sunday 8th May. Being a very warm day after a run of cold weather sailors had to dodge the heavy traffic to the Witterings to get to CYC on time! Despite the traffic problems, sailors had two good races, and a break for lunch enabled all to enjoy the sunshine! Over the Series only 5 races had been able to be run, due to the weather – so the two races carried a lot of weight in the series.

In the Fast/Modern Fleet while Andy Conway led on the water in his speedy RS100 John & Pauline Cox (2000) were second on the water taking a well deserved first place on handicap. Race 8 followed a similar pattern at the front of the fleet – with John and Pauline well ahead of the other 2000s taking another 1st place and Andy again second.

In the Medium/Classic Fleet in Race 7 the first three places all went to Solos with Ian Lissamore first, ahead of Mark Harper & Roger Millett. In Race 8 Richard Anderton was the fastest boat on the water in a Laser, but was beaten into 4th place on handicap. First place went to Lucy Boreham (Europe), 2nd Nick & Biddy Colbourne (GP14), 3rd Mark Harper (Solo).