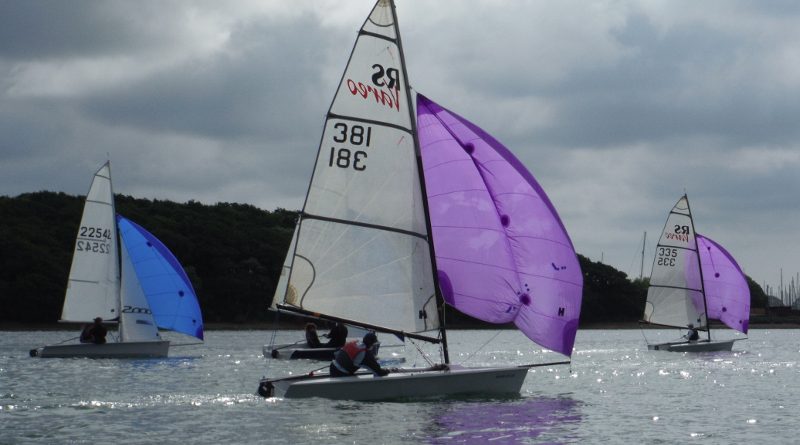 This was the second of CYCs new weekend series, the two days brought very different conditions. 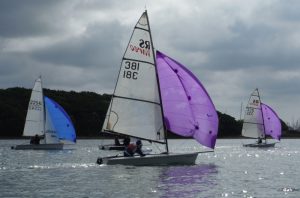 Saturday was a light northerly wind. Ian Lissamore celebrating his 70th birthday was race officer (everyone signed a card!) started the racing from the water on club boat Jaffa to get a good line. In the excitement the first start resulted in a General Recall (the one flag that they had not taken aboard Jaffa!) Following the restart the short course proved challenging because of the light winds and the considerable amount of weed. The course was changed for Race 2 as the wind had swung around to a westerly.

The wind had however wind dropped considerably finishing the race requiring patience as well as skill. 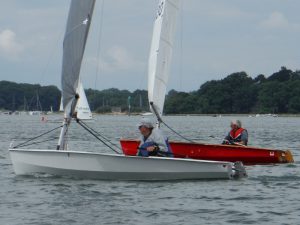 After Day 1 the Fast/Modern Fleet leaders were Chris Grosscurth and Emma York in their RS400, with Roger Millet (Solo) leading the Medium/Classic Fleet.

By Day 2 the wind had moved south-westerly and built in strength to a livelier F4/5. Race officer Alistair Jenkin set a long windward leeward course. In Race 3 the front of the Fast Fleet saw a nip and tuck battle between the RS400s of Chris & Emma with Roger & Andy Clare. Chris & Emma finally overtook Team Clare on the last lap.

During the race the wind continued to shift toward the south resulting in some excellent high speed reaching by the RS400’s. 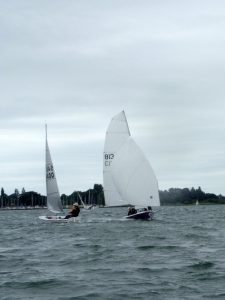 On handicap the RS400’s were pushed down the Fleet by the 2000’s, with Helen & Mark Green first with Michael & Paula Olliff second. The course was changed for the final race to make the most of the southerly wind direction. The wind had continued to build, leading to some excellent racing, with acrobatic displays of extreme hiking from the RS400 crews. Many commented that it was an excellent course and the best racing of the summer so far. Race 4 was won by Team Clare. Overall winners were Chris Grosscurth & Emma York (RS400).

In the Medium /Classic Fleet Nick and Biddy Colbourne (GP14) put on an excellent show, taking two first places, overtaking many of the boats in the Fast Fleet. 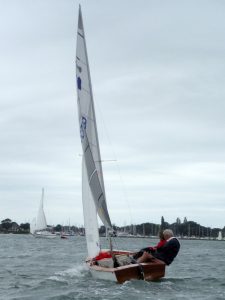 Roger Millet in took a second in Race 3 to lead overall. In Race 3 Mark Harper (Solo) managed to beat Ian Lissamore by less than a second for 3rd place in Race 3 going on to a 3rd in Race 4 when Ian Payne (Laser) speeding into second place.

After the racing, many stayed behind to enjoy an afternoon on the lawn, with racing finishing just in time for the fathers to enjoy a Fathers Day pint from the bar!