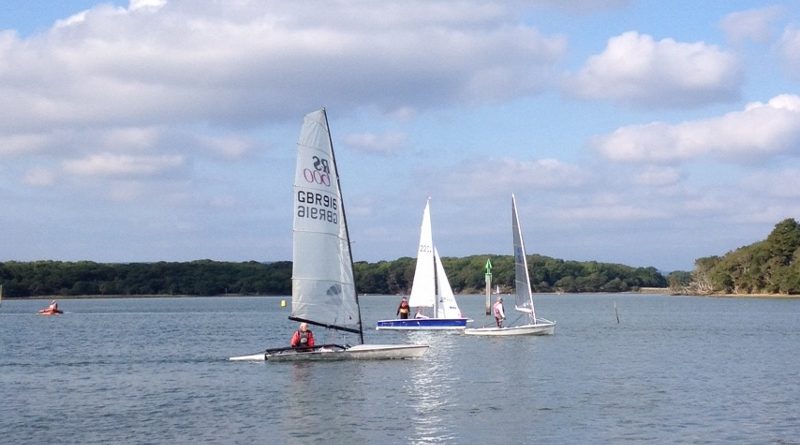 Sunday brought high pressure, unexpected sunshine and light winds. It could not have been more different to Saturday’s high winds. Chichester YC are proud to support Bart’s Bash (raising money for the Andrew Simpson Sailing Foundation). Bart’s Bash was run in Race 2, and results are submitted to Bart’s Bash –the world’s biggest sailing race.

Race 1 of Birdham Barrel got underway in fluky light winds from the start. All 3 races were run as a single fleet. Conditions were, to say the least, challenging throughout, the main challenge being continuing to sail in the right general direction in little or at times no wind!. Winds were variable, massive wind shifts dominated, and some places were dependent more on luck than anything. Race 1 was won by Roger Millett in his Solo closely followed by Dave Hope also in a Solo, with Hannah Thomson in her Topper (a Slow Fleet boat) taking third on handicap, persistence paying out in a slower boat. The first Fast Fleet boat was Andy Conway in his RS100. 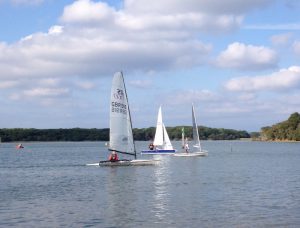 Race 2 was longer, well over an hour, as it had to be at least 1000m to count for Bart’s Bash. Biddy Colbourne, without her usual helm (who is rumoured to be on an exciting proto-type yacht at the Southampton Boat Show), stepped in to helm a 2000, crewed by Paula Olliff. Given the fluky conditions they proved to be an exceptional team taking first place in Bart’s Bash/Race 2. The next 3 places went to Solo sailors, Paul Trevan, Roger Millett & David Hope.

The wind filled in a little for Race 3, although many called it a day after Bart’s Bash. Race 3 was again dominated by the Solos with Roger Millet, Dave Hope & Paul Trevan again taking the first 3 places. The first Fast Fleet boat was Al & Manu Jenkin in their 2000 with Chris Grosscurth & Emma York 2nd, and Biddy Colbourne & Paula Olliff 3rd.

It was also fabulous to see a large group of young Oppie sailors out practising their skills with some coaching from some young CYC coaches.