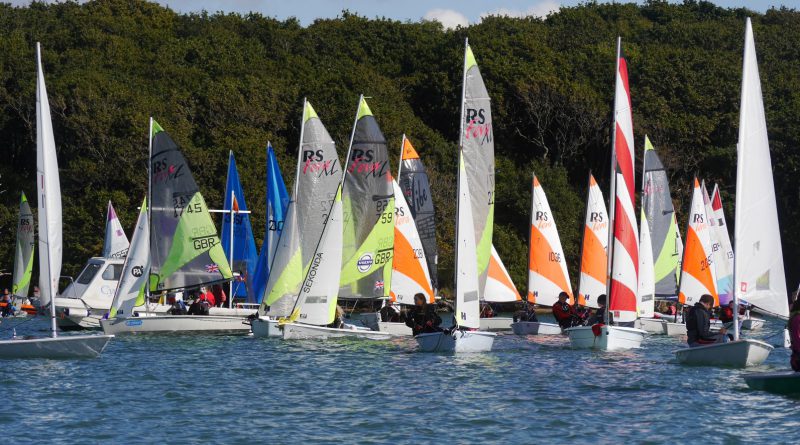 Results and Photographs can be found on the CYC Open Meeting results page.

Congratulations to Felpham SC, winners of the Team Event 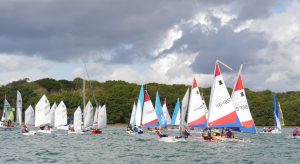 The WSSYSA Regatta is one of the biggest events CYC has hosted, so an air of bustling activity was everywhere. The 120 competitors were distributed throughout the dinghy park and the club, every room was pressed into action for coaching, race briefings and safety boat briefings. We even had an extended Tea Bar setup to deal with the increased demand for cakes and chocolate! 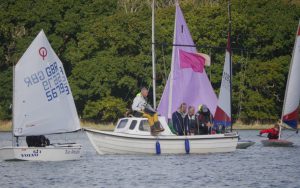 In the rooky course Derek Jackman and his assistants on the committee boat “Maurice” set a trapezoid course. Some of the sailors taking part were relatively new to racing and as the wind dropped needed some help getting to the start in time.

Races 1 and 2 were in relatively calm wind and beautiful blue skies. After the first lap the young racers started to get the hang of the event. The Oppie fleet was particularly competitive with some close racing all the way around the course.
The WSSYSA regatta is aimed at encouraging kids to sail, the focus is on Fun, coaching on the water is positively encouraged to help children enjoy this intro to racing. It was great to see the way that a few choice words from a coach boat had the kids sailing smoothly around the course. 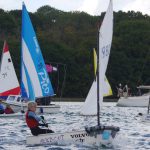 During Race 3, the wind whipped up, The Rescue boats had to wake from their slumber and had plenty of entertainment helping the children to right capsized boats. The stronger winds led to a few early retirements, but almost everyone managed to sail home under their own steam.
At the end of Day 1: 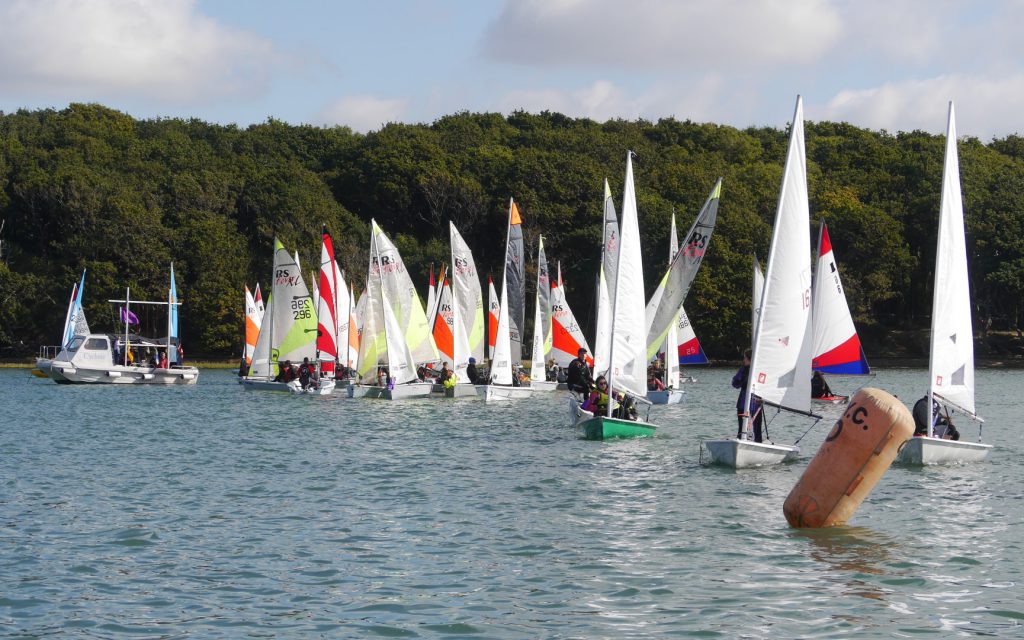 Day 2 brought a return to beautiful late summer weather with bright sunshine and less fortunately, lighter winds. The Main fleet Race Officer Nick Colbourne set a trapezoidal course which took the fleet north toward the woods opposite copperas point. The light wind took some time to settle, a 30 degree wind shift just before the first race caused the the course to be re-laid. 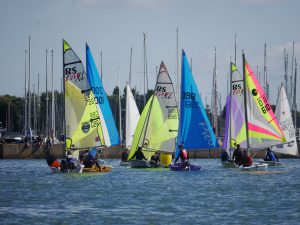 Race 4, got off cleanly with an even split between those that chose to go deep into the rising tide and those that chose to sail up the middle. During Race 5 the wind fell further, and the young sailors had to demonstrate their light airs technique, with everyone sitting as far forward as they possibly could.

As Race 5 finished the wind died entirely and the race officer was forced to raise the postponement flag, everyone waited to see if the wind would fill in again. The competitors rafted up to one another and seemed to enjoy the break as a chance to chat and joke. Eventually a little wind arrived and Race 6 was started, with a much shortened course and reduced to a single lap. In Race 6 Susannah Olliff and Beth Albone of CYC led the race by a considerable margin, and must have wondered what their earlier results might have been if they’d had the bung in their boat.

The final results were :