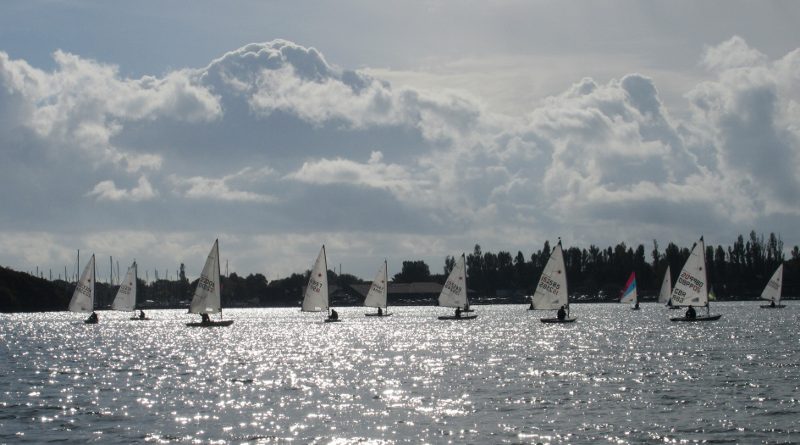 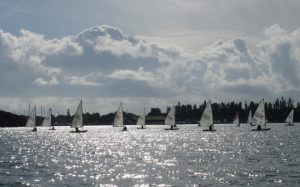 20 Lasers joined in the Chichester YC Open on Saturday. This was the final race of the Rooster sponsored South Coast Travellers series. 13 visitors made the journey to the upper reaches of Chichester Harbour to join 7 boats from Chichester YC for the annual Laser and Laser Radial Open Meeting.  The wind was lighter than expected, averaging a Force 3, and with the sun making several prolonged appearances it made for a perfect autumnal sailing day.

Race 1 saw just one boat over the line at the start, who was promptly called back by Race Officer Nick Colbourne.  A slow beat then ensued against the flooding tide with the fleets splitting to either side of the deep channel.  The leaders emerged from the left and in the Radials it was Tim Boon (CYC) who took line honours, whilst Greg Bartlett (Starcross YC) saw off a strong challenge from Craig Williamson (HISC) in the full rig fleet. 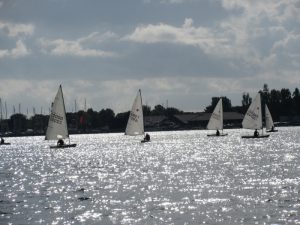 The wind veered to a stable south-westerly direction for Race 2 and the tide slackened off making for great tactical racing.  In the Standard Fleet CYC’s Charlie Porter was first at the windward mark but was quickly overhauled by Andy Palmer-Felgate (CYC), Richie Bailey (HISC), Craig and Greg down the run.  An intense battle ensued between these four, with Andy taking a lucky wind shift on the last beat to clinch a win.  In the Radials, Alex Butler (HISC) revelled in the steadier conditions to take the win ahead of Tim with Andy Chapman (Weston SC) finishing 3rd.

The deciding third and final race of the day was all about the downwind legs against the fast ebbing tide, and saw the lighter sailors come to the fore.  In the Radials Alex Butler took his second win of the day (and overall victory) ahead of Andy Chapman and Liz Palmer-Felgate.  Her husband (Andy P-F) used his whopping 63kg frame to full advantage in the full rig fleet to lead from start to finish and take the title, with Craig, Greg and Richie overlapped for much of the time just a boat length or two astern. 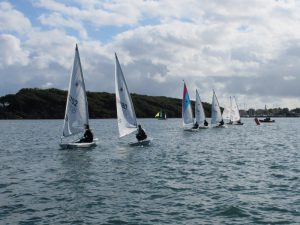