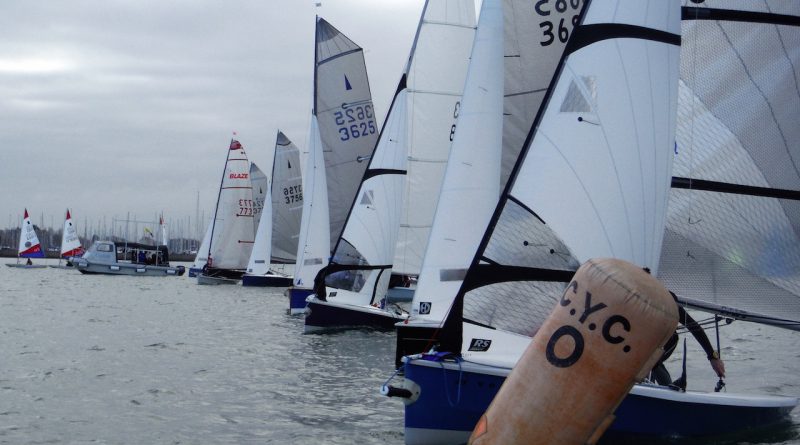 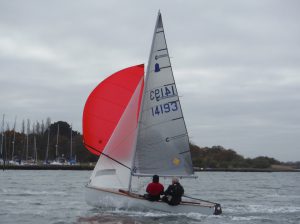 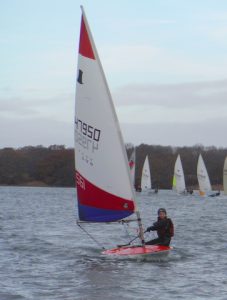 The race officer Charles Porter set a trapezoid course with the committee boat due north of the marina channel and the windward mark near Copperas Point.

In the first race the fast handicap had a general recall as they all pressed the line and were caught out by the still rising tide which was dominating the light wind, the black flag restart saw them all away cleanly.

The wind picked up through the morning to a healthy 15-20 knots which made the second race a lot of fun. The race officer seeing the wind pick up signalled that the race would be extended to 4 laps, but in the end finished everyone after 3.

The second race had some great battles, with the now falling tide favouring those chose the slacker water and hugged the shore near Copperas Point. Lots of tacking and position swapping made for exciting racing.
The fast fleet enjoyed the planing downwind leg with the 29er taking a wide assymetric route that saw it zipping expertly through the beating medium fleet.

The slow fleet was bolstered by a group of Toppers.

Special thanks to all the volunteers that turned out for the early start, including members of the Yacht section that helped on Cyclone.

Next Event is Next Sunday 4th December at a more civilised start time of 12:45 for Frozen Toe 6 and 7. You’ve got to be there! 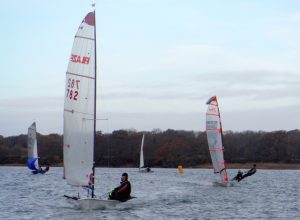