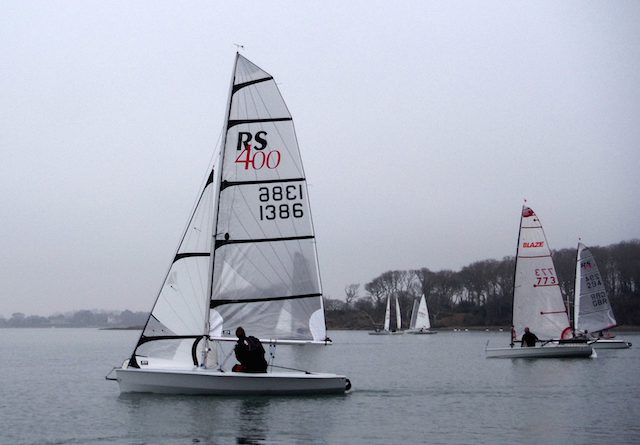 The super organized race officer, Mark Harper watching the forecast all week was concerned that there would not be enough wind to sail. A very light North westerly was just enough for a race.

A wind shadow settled over the first mark, CYC 1, as the fleet approached. Sailors skillfully managing to round the mark were frustratingly pushed back with the tide. After ten minutes of patiently waiting and retrodrifting, a light breeze set.

The Fast fleet, elected to do a second lap allowing the RS 400 to sail away in fickle winds to establish a 13 minute lead at the gun.

The Frozen Toe series for the most part was blessed with favourable winds and blue skies, in contrast to todays grey somber ambience and glassy seas.

After the racing was finished, and the boats were packed away, the competitors enjoyed mulled wine and mince pies before the Prize Giving.

The final results were :

Next big event is the Snowflake on the 15th January. Look out for Dinghy Week at Chichester YC, August 5-11, 2017.