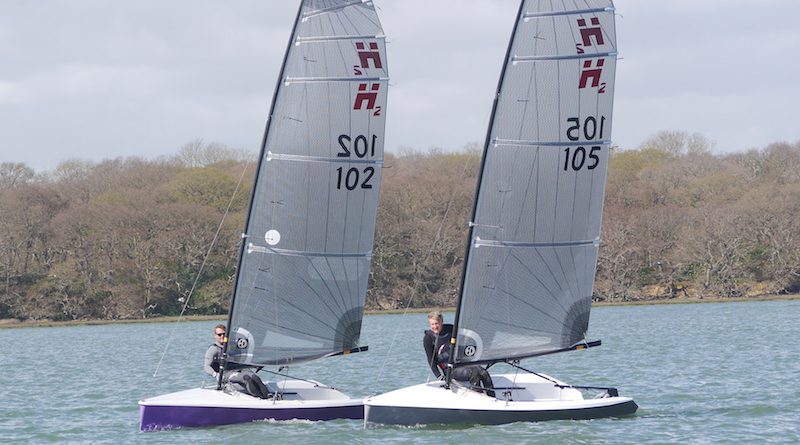 The Hadron H2 is a new class of singlehanded dinghy, the brainchild of Keith Callaghan, the doyen of dinghy designers and erstwhile Merlin Rocket fame. Just twelve have been built so far and five of these were competing in the meeting at Chichester YC. Blue skies and Force 3-4 winds were perfect for racing. Jack Holden from Arun YC convincingly won the Trophy with 3 wins chased closely by Simon Hipkin, Walton and Frinton YC, the Hadron boat builder. Keith Callaghan was observing closely and presented the prizes. There were no collisions! The dinghy has a classic pedigree and is made from exotic materials which gives it a ultramodern feel and very light touch. 1st 102 Jack Holden Arun YC 2.0, 2nd 103 Simon Hipkin  Walton & Frinton YC 4.0, 3rd 105 Richard Holden  Arun YC 5.0, 4th 110 Michael Paul Camps  Bosham SC 8.0, 5th 109 Nigel Cowan  CYC 9.0. 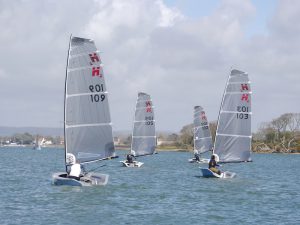 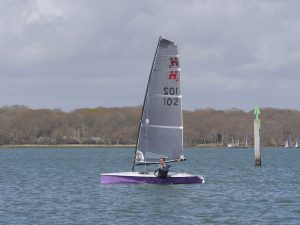 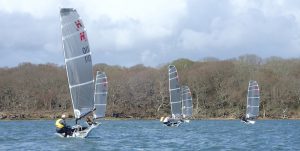 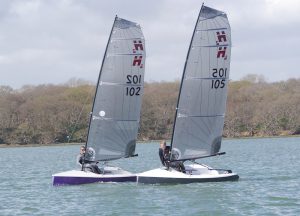 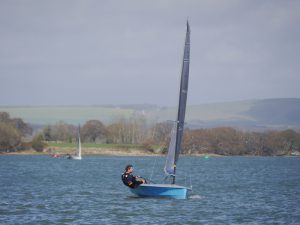 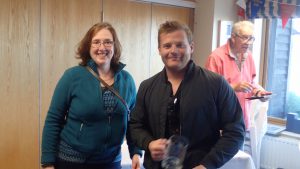 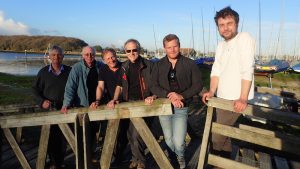