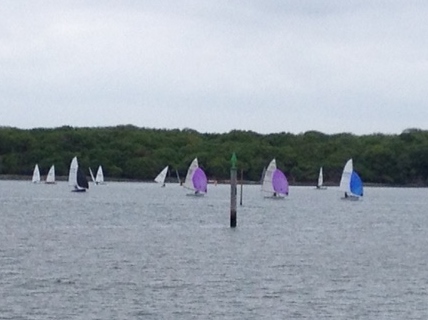 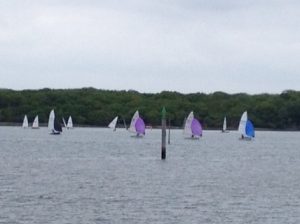 While the first of the Lady Todd Races had a ‘select’ turnout on 30th April due to the high wind forecast, those racing enjoyed their race, the wind having abated a little.

Sunday 7th May saw better conditions, albeit continuing chilly with a good turn out in Modern & Classic Fleets.  In the Modern fleet while the RS400 was first across the line in both races John & Pauline Cox in their 2000 were not far behind and pushed the speedier boats down the fleet on handicap. In the Classic Fleet Charlie Porter in his Laser was clear leader on the water, undoubtedly confirming his lead in the series.