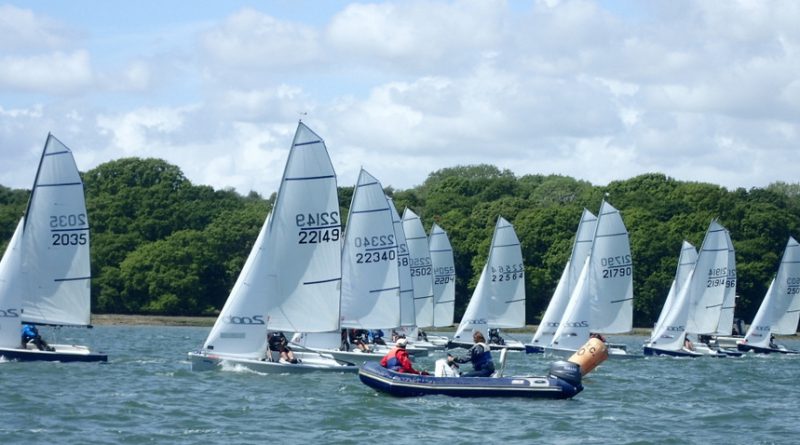 Chichester Yacht club hosted the first 2000 millennium series event of 2017 over the weekend of the 13th and 14th May. The two day event is part of a national series and attracts some of the best 2000 sailors. This year 21 boats joined the start line for the event with crews travelling from Wales and all along the south. 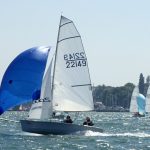 The forecast was for a force 4 from CYC’s favoured south west direction and bright blue sky, so expectation was high for excellent sailing conditions. The Race officer for the weekend, Nick Colbourne assisted by his wife Biddy, ran the racing and received high praise from the competitors for the quality of the start line and the efficiency of the turn around of races. Nick set an ideal asymmetric dinghy windward/leeward course with a spreader at the windward end, and a gate at the leeward. Nick set a notable port bias on the first race which forced the racers to choose between starting at the starboard end with the slacker tide, or take advantage of the bias and fight against the rising tide. As the fleet split, on both sides of the lake they arrived at the windward mark together.

The wind was strong enough to get the 2000’s planing downwind. Crews that could exploit the gusts made huge gains, those that gybed at the wrong time saw other boats fly past them. As the fleet converged at the leeward mark, there was frantic manoeuvring for position, with spinnakers being dropped at the very last second.

Over the first day, the top of the fleet was a battle between Rob and Sarah Burridge, and Steve and Sarah Cockerill with two races going to Rob and one to Steve. Miles Wade and Simon Horsfield demonstrated some great downwind speed to take third place over night.
CYC hosted a disco social on the Saturday night, generously subsidised by the 2000 class association. 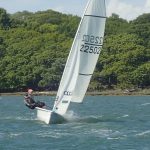 Day two saw the wind increase, causing some canny sailors to rake their mast back, depowering their sails. The wind gusts caused a number of boats to capsize, keeping the CYC safety boats busy. Nick set an almost identical course, with just a slight move to the south from the previous days south west.

After the results were collected, the first prize and the Idun Trophy was won by Rob and Sarah Burridge, with Steve and Sarah just 2 points behind. Miles Wade sailing with his wife Anderley managed to break the top two’s monopoly with a second place in the last race to cement a third place overall. Kev Obrien sailing with Sarah Burridge finished fourth.

The top CYC boat was Mike Linney and Giles Dixon finishing in 9th place overall with Helen and Mark Green behind them in 10th. After a number of boats withdrew the Endevour prize for the last place boat to complete all 6 races was awarded to Mike and Paula Olliff.

Full results and more photos can be found on the club open meeting results page.