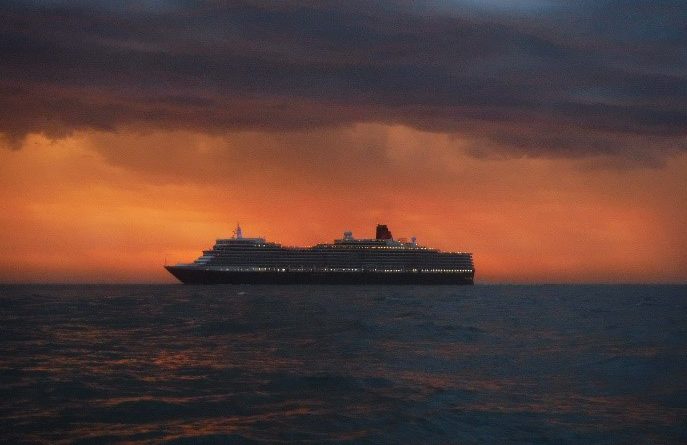 Five yachts set off across the channel on Saturday 27th May, starting in thunder and lightning, which frightened off the more cautious / sensible of our sailors. As we left at dawn, we passed a couple of cruise ships, one being the QM2. After quite a few hours of motoring, the wind finally picked up to give us a nice sail in sunshine for the last part of the crossing. We were joined in Cherbourg by four other CYC boats, one who crossed the day before and three who crossed the day after.

Steve Cray spent some time working out the corrected times of the racing boats, and on Sunday evening announced to those assembled for drinks on Bugsy 2 that he and his crew had won in Crayzee Feeling, with Bugsy 2 second and Kerenza third. We then all went out for an enjoyable meal at the Yacht Club restaurant.

On Monday Kerenza and Crayzee Feeling headed home, while seven boats continued to Guernsey in a stiff breeze. We had a restful day on Tuesday and dined at the Crows’ Nest restaurant in the evening.

Our plans to continue to Lezardrieux on Wednesday morning were thwarted by early morning fog which lifted too late for us to catch the tide, but five boats were able to enjoy a leisurely motor and sail to Lezardrieux on Thursday, with Ursa Minor and Dancing Deva leaving us. After a quiet day in Lezardrieux exploring the area and visiting the market, we had drinks on board Dawn Chorus before a meal out on Friday evening at the nearby restaurant.

On Saturday Dawn Chorus, Seabird and Rascallion continued to Treguier to shelter from the forecast storms, with Raven sailing on to Bloscon to shelter there and Bugsy 2 returning to Guernsey. As we each went our separate ways we were able to meet up with other CYC boats in the various ports we visited, keeping in touch through WhatsApp.

Overall it was a most enjoyable cruise with great company, plenty of eating and drinking, and the usual variety of sailing and weather conditions.

Thanks go to all who took part and especially to John Lake for setting up the racing and Steve Cray for stepping in to work out the results after John returned overnight. We were all glad to hear John and his crew returned safely after their long day on the water. Some boats are still to return from their extended cruising, and we wait to hear where they get to.