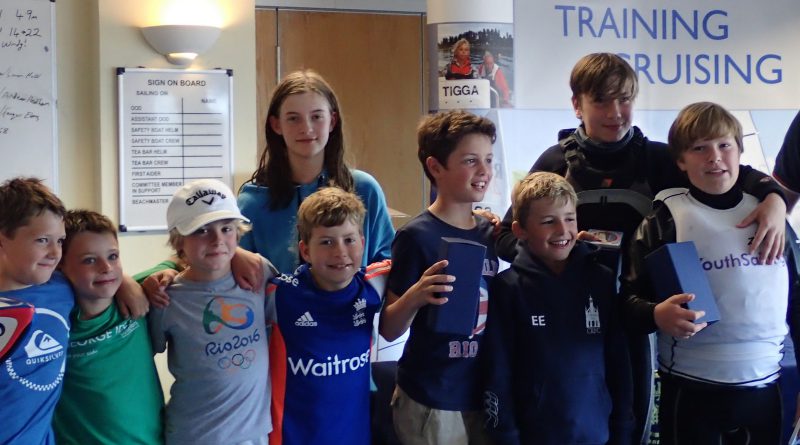 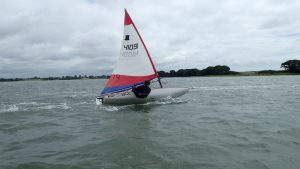 The CYC regatta this year had the benefit of a fresh 15-20 knott wind. The race officer, Peter Harrison, sent the fast and medium fleets down the harbour on Regatta Course “D”, while the slow fleet had three races in the lake area. The Slow fleet was boosted by some travelling toppers from the WSSYSA travellers. The CYC Topper Racers had an excellent afternoon, with Oliver Randall-May winning two of the three races, closely followed by Thomas Lawson who won one, but was second in the other two races.

The Fast and Medium fleets were required to sail CYC1, Westlands, Wear, Eleanor, SW Pilsey, Astra, Park, CYC 3. For many this turned into the hunt for SW Pilsey, a small racing mark close to Hayling Island. The South Westerly wind had the racers close hauled for much of the sail down the harbour, finding Eleanor was quite straight forward, but with the harbour at full flood on a 4.9m tide the available sailing area was vast and the small SW pilsey mark was obscured by the many sailing vessels in the harbour. Fortunately, the CYC safety boat was parked close to the mark, so as we got close it became more obvious. 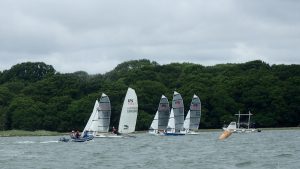 The wind and the waves at the harbour entrance made for some exciting reaching on the return leg. The Fast fleet was won by Nick and Roger Elliman in their RS400, who finished three minutes ahead of Tony Purser in his RS600. In the Medium Fleet CYC’s Mike and Paula Olliff had a close race with DQSC’s Graham and Lucy Dalton, with the Dell Quay pair winning in the end.

Race results and photos are available on the CYC open meeting results page.

It was a welcome site to see the Itchenor Keel boats make their traditional journey up the harbour to compete in CYC’s regatta. The Sunbeam class was won by Roger Foster Wickens , Tim Martell and Jacky Wickens. The Swallow Class was won by Carolyn Brigg, Christine Graves and Rufus Turner, and the XOD’s were won by Peter Lawrence, John Tremlett and Tasha Lawrence.