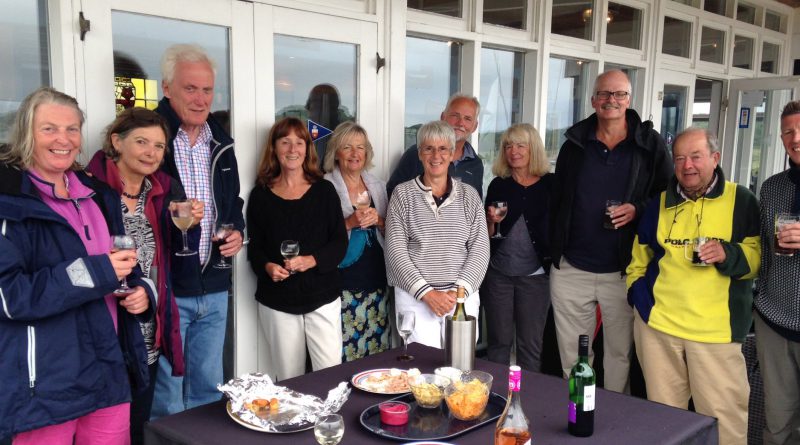 After the hottest June on record with little wind, Midsummer’s Day saw a dramatic change with forecasts of Westerlies Force 5/6 with corresponding lumpy seas!

A lot of deliberation and a mixed response at the Friday briefing resulted in 3 brave crews, Good Day Sunshine, Aquaholic and Ursa Minor with crew Mel who jumped ship from Tarian, deciding to go to join 2 already out and the rest of us opting to take the easy road round to Gins Farm for dinner!

The forecast proved optimistic and heavy seas around Cowes forced Libra of Lorne to take shelter in Cowes.

Unfortunately, Sea Breeze had to be towed in from Osborne Bay to Cowes where they eventually discovered serious gearbox problems which couldn’t be fixed in time. The three stalwarts battled though gusts of 35 knots over the deck but made it to the Beaulieu River drenched and tired.

We then felt that the decision to cancel the cruise as such was justified!! Mel had an experience not to forget but gained huge confidence sailing with Nick on Ursa Minor – very different from the catamaran Tarian which remained securely tied up in Chichester!!

Seven of us drove round and had our pontoon party as planned and then enjoyed a meal in the Gins Farm Clubhouse – unfortunately no beautiful sunset on Midsummer’s day!!

Thanks to all who made the effort either on water or by road: Good Day Sunshine, Aquaholic, Ursa Minor, Serendipity, April Folly, Bella Rosa.