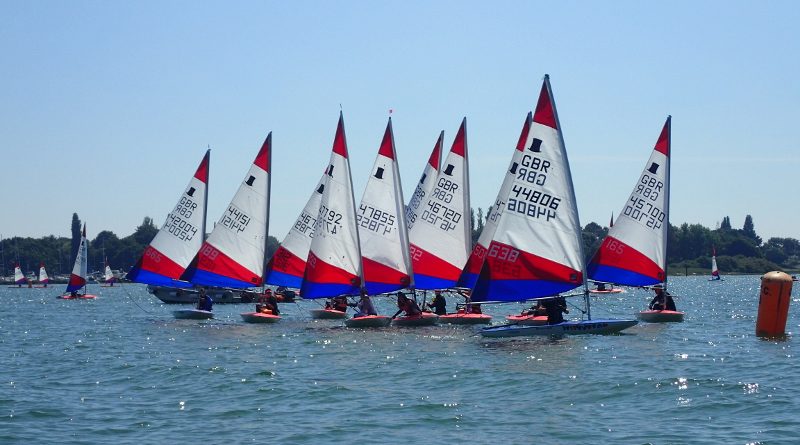 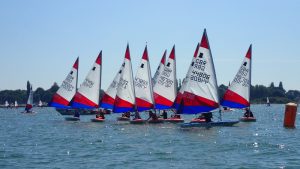 On the morning of the Topper Open race day the mercury was already reading 20 o C at 0900, so the all important race briefing included  hats, sun cream and water!

Racing started at midday with blue sky and blazing sun. The forecast suggested a small increase in wind speed, but this was always going to be unpredictable. 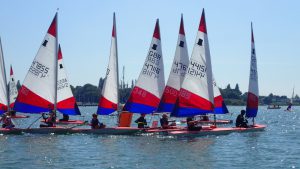 A very hot and busy day was rounded off nicely by well earned  sandwiches, cakes and prize giving supported by Rooster sailing.

Full results are available on our open meeting results page

Photos from the topper open 2017