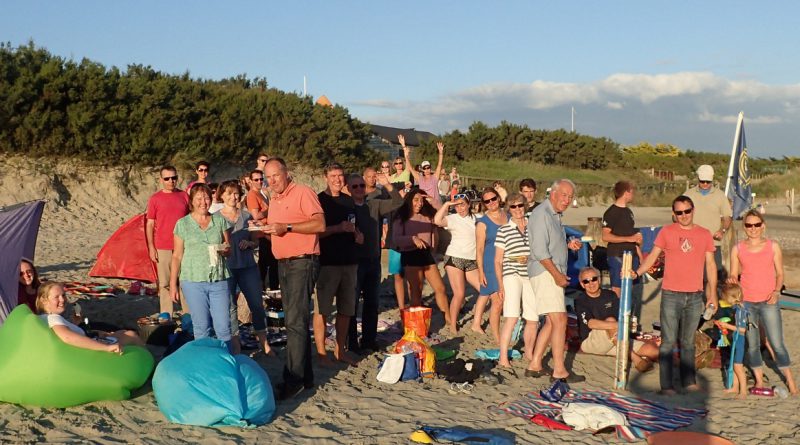 Thursday promised the best weather and didn’t disappoint, with sunshine and medium winds (all be it from the North). Some of the Oppie groups went on an adventure down the harbour, while the racers did battle with the variable winds and shifts typical of a Northerly in Chichester. At times the wind built to a good breeze, then died away to light.

After Racing the Model boat race could finally take place, it was delayed from Wednesday due to the torrential rain. The young competitors took their model boats onto the Premier Holding pontoon and launched them toward the east beach.

Later many of the dinghy weeker’s transferred to West Wittering Beach for the traditional beach BBQ. This year the weather was fantastic, with a warm light breeze and bright sunshine. A perfect end to Thursday of Dinghy Week.