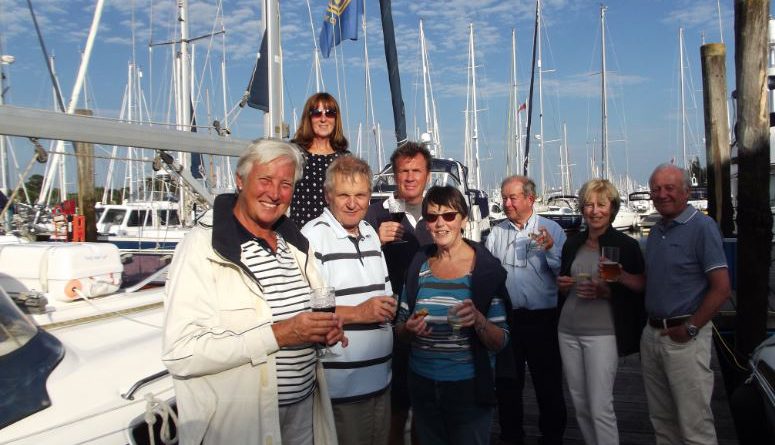 The crews of Quintette, Ursa Minor, Libra of Lorne, Resonate and April Folly enjoy drinks and nibbles on the pontoon at Lymington marina after a sunny day’s sailing west on 25th July.

Next day, with a Force 7 in the forecast for the planned return to Chichester on the 27th, the second night, at Port Hamble, was cancelled and three yachts returned home in a strong south-westerly and rain with Resonate remaining at Lymington. Two other boats, having seen the forecast, had pulled out before the start. And then there was us! April Folly continued to Port Hamble, well, it is free as MDL berthholders.

Great spectacle in the Solent that week was the giant aircraft carrier USS George HW Bush, anchored in Stokes Bay during its deployment across Europe and the Middle East, surrounded by aviation and military enthusiasts on tour boats. The 333-metre supercarrier had 5000 sailors aboard as well as its 90 combat aircraft and a couple of runways.