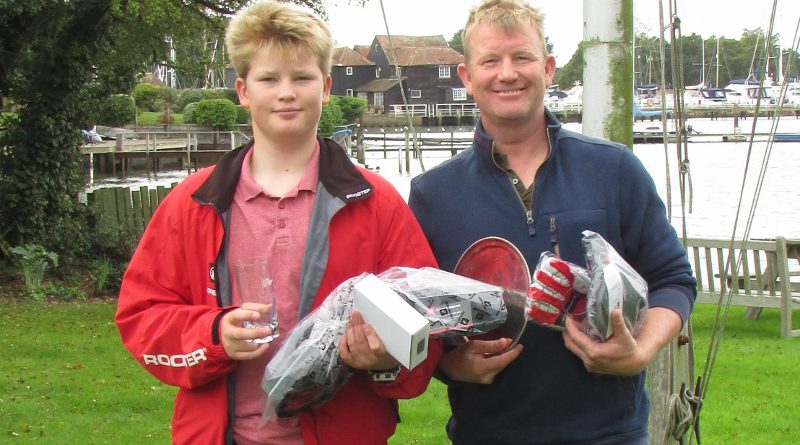 Chichester Yacht Club hosted their annual Laser Open on 7th Oct, with 14 boats attending this final event of the Rooster South Coast Laser Grand Prix. The blustery 20-30 knot southwest wind allowed race officer Nick Colbourne to make the most of the Chichester Lake area setting a trapezoidal course with reaches at just the right angle to mean snorkelling gear would have been appropriate attire.

Race one was started bang on time (while Andy Palmer-Felgate was enjoying his cup of tea ashore) and in the full rig fleet local legend Charlie Porter went all out to take the win over Luke South. Meanwhile Luke’s son Charlie showed the five Radials the way to master the tough conditions. Arthur Farley from the Isle of Wight saw off Patrick Bonner in the 4.7s, setting the pattern of the day.

For race two the wind began to take its toll on boats and bodies, with Charlie Porter going for gold until the sail detached from the boom, while Luke South was sporting a minor facial wound. It fell to heavy weather expert Julian Wilkins to take the bullet followed by Rooster Grand Prix winner Dan Newell from Starcross YC. In the Radial fleet Andy Palmer-Felgate made the start on time to see off an early challenge from Emma Crane.

Race 3 was the decider and it was looking like a family affair with Luke and Charlie South poised to win both fleets until school boy Charlie made what can only be described as a schoolboy error by capsizing to windward on a tack. At least Dad held it together in the full rig fleet. With the tide now ebbing it was time for many to rinse the mud from the mast head, straighten the burgee, and enjoy a delicious tea in the clubhouse prepared by Biddy Colbourne. 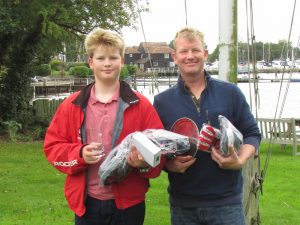 Prizes were presented in the Chichester YC Clubhouse along with the prizes for the Rooster South Coast Grand Prix.