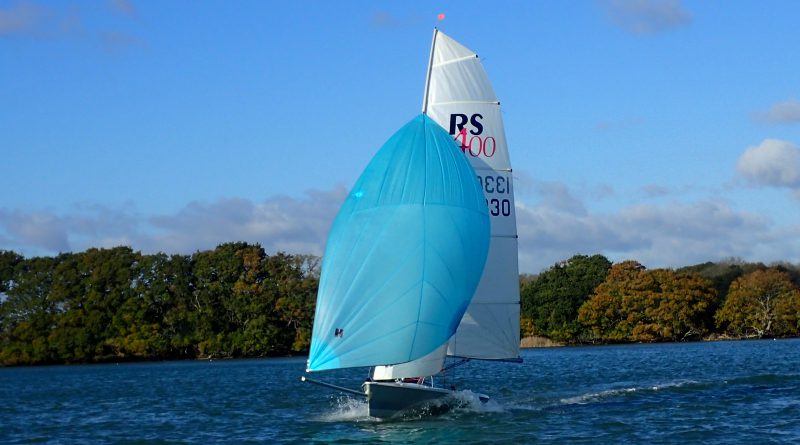 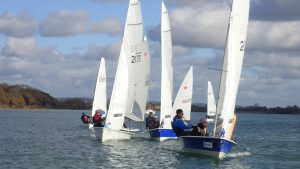 ster Yacht Club started its 2017 Frozen Toe Open series in beautiful bright sunshine. Over 50 boats joined the racing with a large contingent from Felpham Sailing Club and a number of Merlin Rockets from Shoreham enhancing the competition.
The Race officer, Derek Jackman, decided on an M shaped course to make the most of the North Westerly wind blowing across the CYC lake. The course gave the sailors plenty of challenges with two good beats, a couple of Runs and a fast reach each lap. The 12-17knot Wind from the NW added to the challenge giving good hiking conditions in the middle of the lake and light wind areas to avoid closer to the banks.

After the first two races, the Merlin Rockets dominated the fast fleet with 6 of the top 7 places, Alex Jackson & Mark Oakley leading with two first places, and only Edward Thornton in his Finn able to break up the Merlin party in Forth place. Further down the fast fleet there was a tight race between Dell Quay’s Bill Dawber and CYC’s Nick Elliman, with Nick overtaking Bill at the final mark and then carefully covering Bill all the way to the line, but Bill reversed the result in the second race.

In the Medium fleet, Felphams Guy Mayger won both races, followed home by Guy Dulace in race 1 and Nick and Biddy Colbourne in race 2.

In the Slow fleet, Felpham’s Owen Rowlands put in a very consistent performance winning both races, followed in both races by CYC’s Thomas Larson and Flepham’s Alice Serna.

The Next Frozen Toe is on the 19th November, visitors are very welcome to join us.

There are many more photos from the event on our Dinghy Yogile Page.