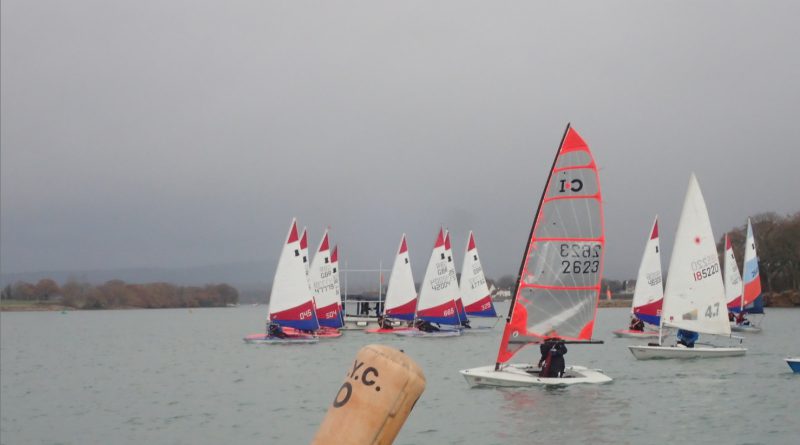 A great turnout of 54 boats arrived for the third date in the CYC Frozen toe series. The 10am first race meant an earlier than usual start for the competitors, with some traveling over an hour to get to Chichester.

This week the race officer was Phil Allen, given the NW wind direction he set a simple trapezium course for the two faster fleets and a triangle course for the slow fleet. The Wind for the first race was securely in the low single figures, with a strong tide adding to the challenge. The light wind made for some tactical racing with the Merlin’s carefully protecting their lanes from each other at the marks. After some minor course adjustments in the interval between races, the wind increased by  a couple of knots improving the racing greatly.

In the fast fleet’s first race Bill Dawber and Clare Power’s RS400 finished first over the water, but didn’t have enough of a lead to beat the Merlin on handicap sailed by William Warren and Maddy Anderson. In the second race Alex Warren and William Carroll recorded their first win of the series.

In the Medium Fleet, Martin and Connor Gillam’s Lark managed to build enough of a lead to beat Roger Millet by just 9 seconds after the handicap was applied. Further down the fleet there was nothing to separate a cluster of Solo’s as they finished within a second of each other. In the Second race, Toby Schofield took the win in his Aero 7, holding off Nick and Biddy Colbourne by 5 seconds after handicap.

The 16 boats in the Slow fleet were led home by Jill Gill in her Byte CII but she didn’t have enough lead to beat Samuel Brackley of Felpham SC when the handicap was applied. Samuel went on to take first place in both races.

The full results for the series so far are available on the cyc website.

Photographs from today’s event and from the previous Frozen toe races are available in the Dinghy Yogile Gallery.

The final event in the 2017 Frozen toe is on Sunday 17th December and will be followed by the prize giving. 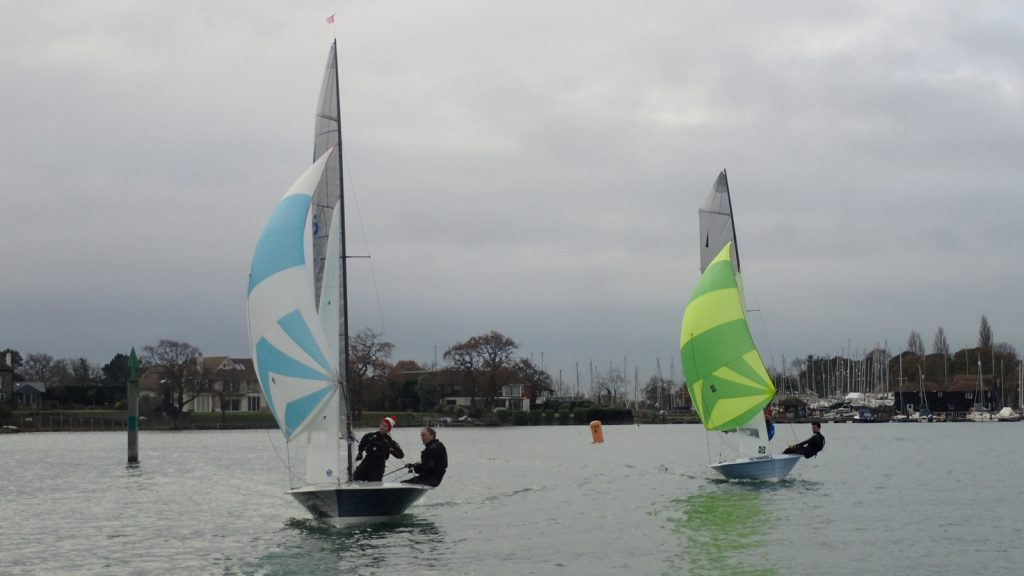