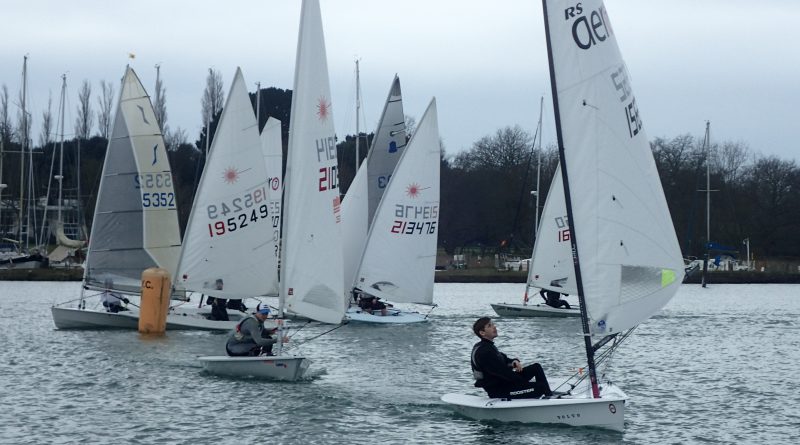 50 boats made the journey to CYC for snowflake 5&6.

After the glorious sunshine on Saturday, Sunday was overcast with light (7-12 Knott) winds from the south east. With temperatures in the low single figures, the evidently hardy sailors were describing the weather as “quite warm”. 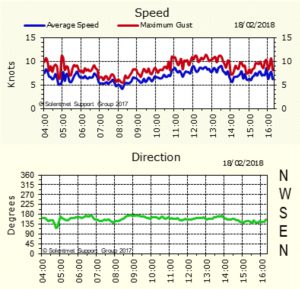 The Race Officer , Pete Harrison, set a reverse P course positioning Cyclone (the CYC committee boat) close to the west shore of the lake, and the windward mark close to the marina channel near Perch.

In the fast fleet the Fireball of David and Fiona Sayce won the first race, followed by two Merlin Rockets  sailed by Will and Mary Henderson and Alex Warren and William Carroll. For the Second race, Dell Quay’s Bill Dawber and Clare Power managed a convincing lead over the water which secured them the first place after the handicap was applied.

In a medium fleet made up of 25 boats it was a day that favoured the light weight Aero’s. That said, the race at the front of the fleet was between a National 12 sailed by Dave and Hugo Dobrijevic, and the Aero7 sailed by Steve Cockerill. In the racing they were neck and neck throughout with Steve chasing the National and gradually overtaking them to build a small lead that was not enough to take the points from Dave and Hugo after handicap. Dave and Hugo took first place in both races, followed by Steve Cockerill, then John Derbyshire also in an Aero7. CYC’s Nick and Biddy Colbourne split the Aero’s in race 1 to claim a good 4th place in wind conditions that defied their expert local knowledge.

In a Mirror, Alice and Richard Bullock further extended their Slow fleet lead with two first places to keep their 100% record. In the first race CYC’s Alex Cray and Ellie Cawley had their best result of the series with a second place, followed by Thomas Lawson in third. They exchanged places in the second race with Thomas taking the second place.

Full results and photographs are available from the CYC Open Meeting Results page.

The final Snowflake is on the 4th March, entry desk open from 0930, first race starts at 11:30. The final race will be followed as soon as possible by prize giving.