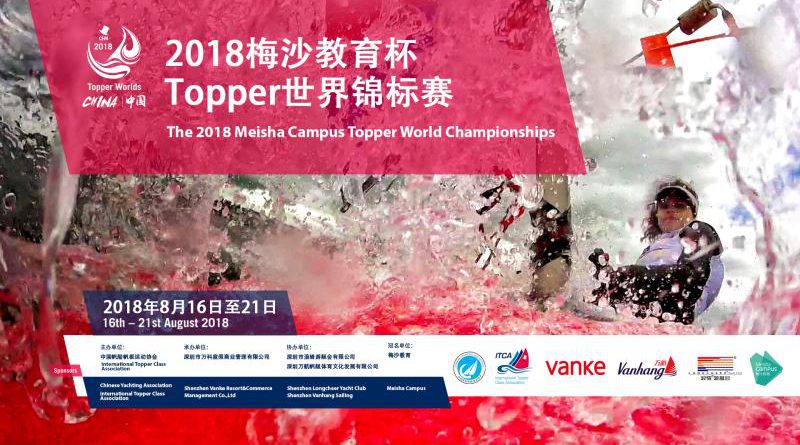 This summer I went on a once in a life time adventure. I took part in the International Topper Class World Championships in China. It took over 2 days to get to the sailing club as our flight was delayed but when we got there it was worth it. Our hotel rooms over looked the marina and we could see the little islands dotted in the sea on the horizon. We arrived in the morning, so we had our first Chinese breakfast which was rice and noodles. This is what we would be eating for the 8 days to follow! After our breakfast I registered and had the mission of finding my charter boat. Once I found it, I rigged it and checked everything worked. With the boat sorted we headed back to the room with two giant pot noodles as we were both too tired to stay until dinner time!

The next day I was supposed to be training with the GBR team, however the Chinese government had a typhoon warning so banned all sailing or swimming in the water! So, with an afternoon spare we went to explore the local fishing village, a 20-minute walk away. There were lots of bicycles and little shops that sold pretty much everything! We went for some drinks in a restaurant where you could pick the fish you wanted for lunch out of the giant tanks!  This was just a little introduction into Chinese culture and a taste of what was to come! We headed back to the sailing centre for the opening ceremony which was quite spectacular, and I enjoyed meeting my friends from around the world that I had met at previous World Championships.

The first day of racing turned out to be just like the rest of the event- drifting around for 6 hours because there was no wind or waiting on shore for 4 hours to be sent out and brought back in again! In the end we only managed 2 races which were interesting (as the wind and the tide were pretty much the same speed!) so this meant that there was no official world champion, however there was an event winner who was from the UK. I was proud of my final position of 38th especially as I had been feeling poorly for so long.

With the sailing event finished we packed our bags and got an early night before our 4am start the next day. We had a 2-and-a-half-hour plane journey where we were met by a local tour guide who told us all about Xian the City Walls and Terracotta Army. After our two days in Xian we said good bye to our local tour guide and got on the high-speed train to Beijing. This took 5 hours, so we arrived at 11:30pm. The next day we went to Tiananmen Square and the forbidden city, both were very busy and crowded. We also went on a rickshaw ride and to a traditional acrobatic show, both were terrifying! On our last day we climbed the great wall of China which was incredibly steep as well as going to a local market where I enjoyed haggling over Michael Kors watches for £5! Then it was back to Britain and back to eating Weetabix for breakfast instead of noodles and water melon!