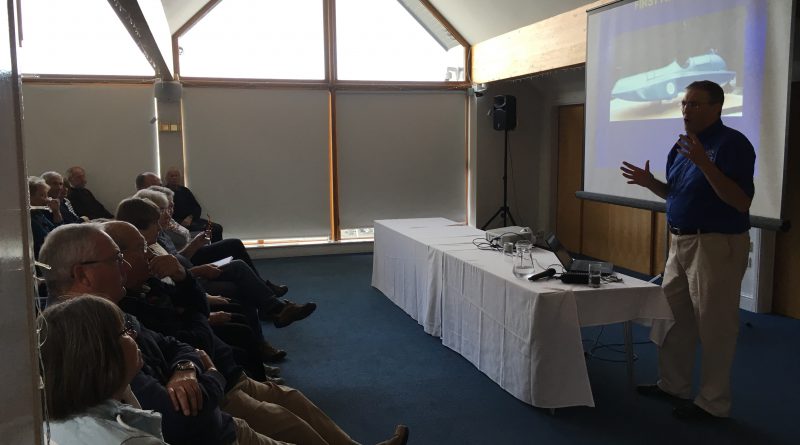 On Sunday November 11th Phil Holt came and spoke to us about Donald Campbell. He started with his home life which was rather luxurious and unconventional with his father, Sir Malcolm Campbell, being quite a risk taker. His father made a futile attempt in his will to stop Donald following his speeding ambitions.

Donald broke many records culminating in him simultaneously having both the land speed record and water speed record. Something that no-one has repeated since. In the journey to this point there seemed to be a lot of waiting for the right weather – something I am sure we can all identify with.

We finally got to the tragic day when he died on Coniston Water. This seems to have been the consequence of a lot of last minute decisions and changes in an endeavour that requires exceptional though and planning. The changes in boat conditions resulted in it losing stability and taking off.

Phil concluded with a description of how the Air Accident Investigation Board helped locate the boat and Donald’s body. Both were recovered. Donald was given a decent burial and Bluebird has been restored and runs again.
I am sorry that a number of you could not make it due to the clash with Remembrance Day we will try and avoid this conflict in the future.