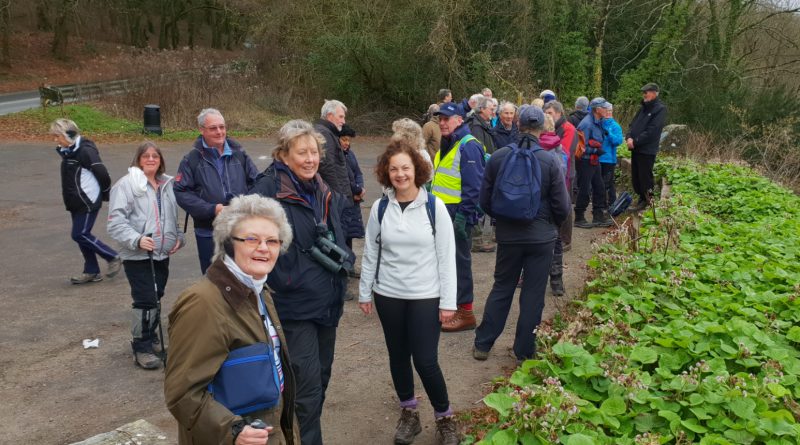 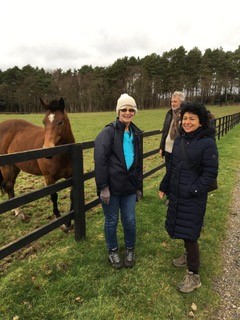 The first ramble of the New Year was advertised as “relatively strenuous” and so the first half hour proved, climbing the north “face” of the South Downs from the Cricketers Pub to the “View Point” having successfully crossed the ever busier A 285. Most participants had driven past this on their way from Chichester down Duncton Hill little knowing that they would be back there under their own efforts. There is a fantastic view over Sussex villages as far as the North Downs and in spite of some haze many landmarks were noted. Then the downhill reward to join the few who opted to preserve their health by taking the low road. Onwards then along Beechwood Lane where we stopped to admire Beechwood House, built in the late 1790’s as the Dower House for Lavington Park by the architect James Lewis who also built the Imperial War Museum. It was bought by Mrs. Barbara Wallace (the daughter of Sir Edwin Lutyens b.1869 – d.1944) for whom he modified it. It was said to have been used by Edward V111 and Mrs Wallis Simpson for their assignations and is now on the market for £3.35m. No – I am not a covert estate agent!

Passing behind Seaford College and avoiding the “clay pigeon” shoot (always active on a Saturday in term time) we descended to the road entrance to the Lavington Stud for a brief stop for coffee.

Onward then through the impeccably kept stud grounds, through the second (Westerlands) Stud and back across the fields of Riddlington farm, over a stile onto the road by the Duncton Primary school and the A285 again with no distance to our welcome drink and pre-ordered lunch – a total of about 5.2 miles. As usual the Cricketers did us proud and we dispersed after a satisfying ramble upon which the Gods shone (not too literally, but at least with no rain).

We were joined by the 40 walkers pre-catered for by the pub but managed to accommodate about half of the “reserve” list of 21 plus some of the rest who also did the walk. Thank you all for joining us.

– by David and Stella Ingram