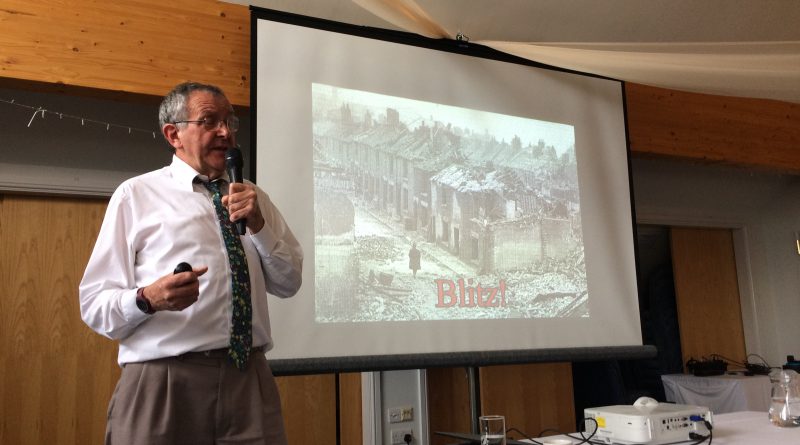 On Sunday 13th January about one hundred of us were treated the the fourth and final talk on the history of Portsmouth by Andrew Negus. So lovely to see such a turnout for this event. Andrew covered many aspects of its modern history some well known and some quite obscure. Portsmouth won the FA cup just before the Second World War and as there was not another competition during the war they held it for 6 years – more than any other club. The players were also upset that they were paid less than the Band who played at the interval – quite a change from today! We also heard about Portsmouth airport and the Airspeed company that made some the gliders for the D-Day invasion to Pegasus Bridge where many of us have sailed. Andrew also touched on the Mary Rose which was a good segway to next month’s Sunday talk which will be by Dominic Fontana who is an expert on the Mary Rose.

Please let me know if you have good ideas for future talks also if you would like to join Annie and I when we have lunch with the speaker, a nice opportunity to chat more about the topic.