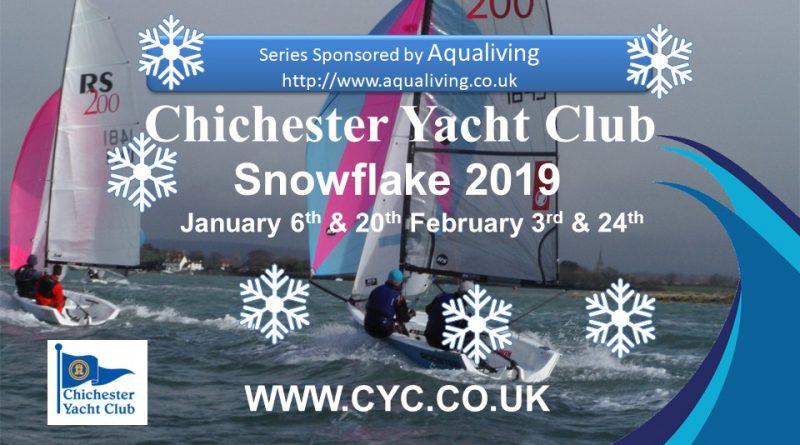 A trapezium course, with an outer loop for the fast fleet, was set for the 50 boats which braved the cold weather at CYC. A pleasant N/NE breeze allowed some very close racing with few sailors having to brave the cold water! As the sun came out the multi-coloured spinnakers made a picturesque sight.
This week the fleets were very well behaved and there were no general recalls although a few individuals were overenthusiastic and had to re start. After the first race the wind had shifted further north and the course was adjusted to ensure a truer beat and run.

The racing in all three fleets was very close with two different winners in both the fast and slow fleets. However Alex Butler in his Solo showed his mastery of the conditions winning both medium fleet races.
In Race 3 of the series Steve and Sarah Cockerall (SBSC) in their RS 400 won both races on the water but Ben and Roz McGrane (NSC Merlin Rocket) won the first on corrected time, with Steve and Sarah managing second place by 1 second from Roger and Jane Gilbert (FPSC) also in a Merlin. This spurred on Steve and Sarah who got their skates on and won Race 4 by 2 minutes from the Gilberts.
Overall the Cockerells and McGranes are tied in first place with the Gilberts third.

In the medium fleet it was a Solo/Aero benefit. Alex Butler(HISC) sailed his Solo very fast to win both races with Nigel Thomas (HHSC) also in a Solo in second followed by the two Aero 7s of Mark Riddington (ESSC) and Toby Schofield(FSC). In Race 4 Toby won the Aero battle with Tim Boon of CYC
in his Laser managing to come between the two Aeros. Overall Alex is in first place but Mark and Nigel are tying for second.

Thomas Machel ( CYC) in his Topper won the first race from Oliva Weston in another Topper closely followed by Sam Atherton (PLS) in his Tera. Sam turned the tables in the second race winning on handicap from Thomas and Alfie Lester (FSC) in his Laser 4.7 . This leaves Thomas and Sam tying for
first place overall.

There is all to play for in the remaining two week ends of the series.