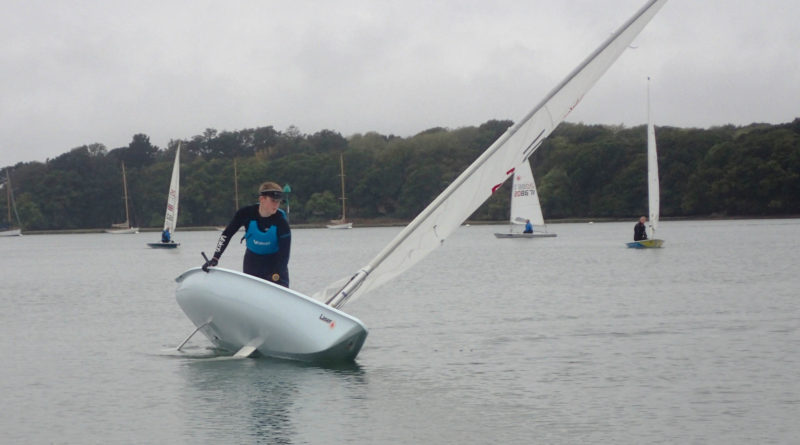 After gales on Friday, and high winds forecast again for Sunday, Saturday brought a lull in the wind. Unfortunately it also brought a damp mist and minimal wind. Some keen Laser sailors made their way to CYC hoping for sailable conditions including a small contingent from the Isle of Wight. This was also the final race of the Laser South Coast Grand Prix Series

After a postponement for about an hour with no wind, enough wind filled in from the south to run some racing, despite very light and fluky conditions. Racing was run in two Fleets, Laser Standard and Laser Radial. Two races were completed.

In the Radial Fleet, racing was dominated by the women sailors.  Race 1 was won by Sophie Kirk (CYC) and Race 2 by Ellie Hutchings (CYC). This gave the win to Ellie, with Sophie second and Sam Steward (Brading Haven SC) was 3rd.

After racing the sailors retired to CYC clubhouse enjoying an excellent regatta tea, managing to arrive ashore shortly before the heavy rain. Despite the weather, a good day on the water.