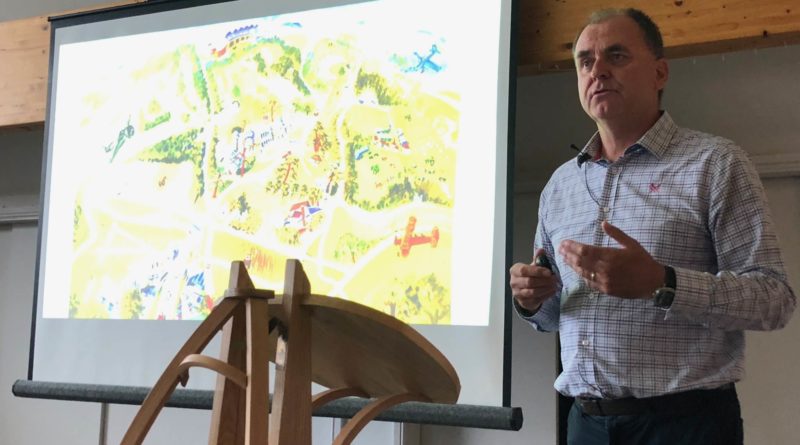 I think our turn out of over 100 people for today’s Winter Lecture was a record! We learned about the History of Goodwood by Harry Sherrard. Harry is a member of CYC in the Dinghy section and has enjoyed a long and close relationship with Goodwood. He has built an extensive collection of stories and photographs that made for a very entertaining hour. A few of the things that I remember is how the ‘Duke of Richmond and Gordon’ was checking in at a hotel in the USA only to find that they had booked the suite for the ‘Duke of Richmond’ and an adjoining room for ‘Gordon’! Some farm fields at Westhampnett were identified as a satellite airfield during world war two and the Duke agreed to have an airfield there. Due to boggy conditions a perimeter road was built and one of the Pilots, Tony Gaze, decided to race his MG around it. After the war he suggested to the Duke that they make the road a race track. This resulted in the first of many races on the re-named Goodwood Race circuit. This was closed down after some years due to health and safety amongst other things and it was some years before the idea of the Goodwood Revival was born and the track upgraded to what we see today – quite different from how it was. From the discussion it was evident that we have quite few motor racing enthusiasts in the club.