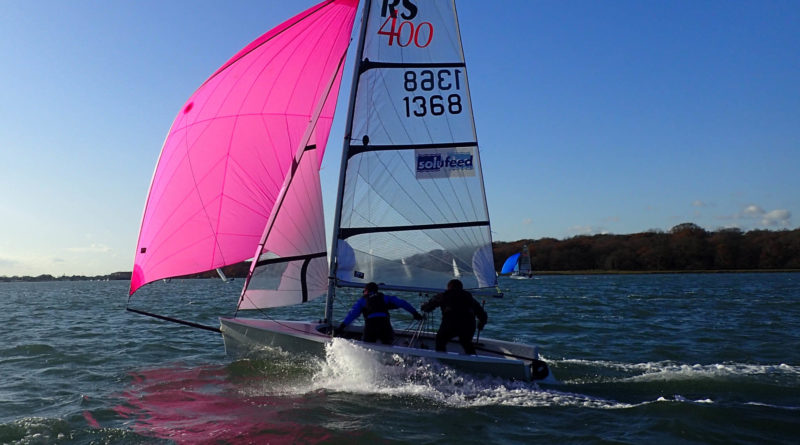 A beautiful day – sunshine and brisk force 4 to 5 northerly wind greeted the 50 competitors who arrived at Chichester Yacht Club for their winter series. Race Officer Nick Colbourne set a trapezium course up the channel towards Dell Quay. There were some spritely gusts giving some exciting planing and a few spectacular capsizes on the down-wind legs. 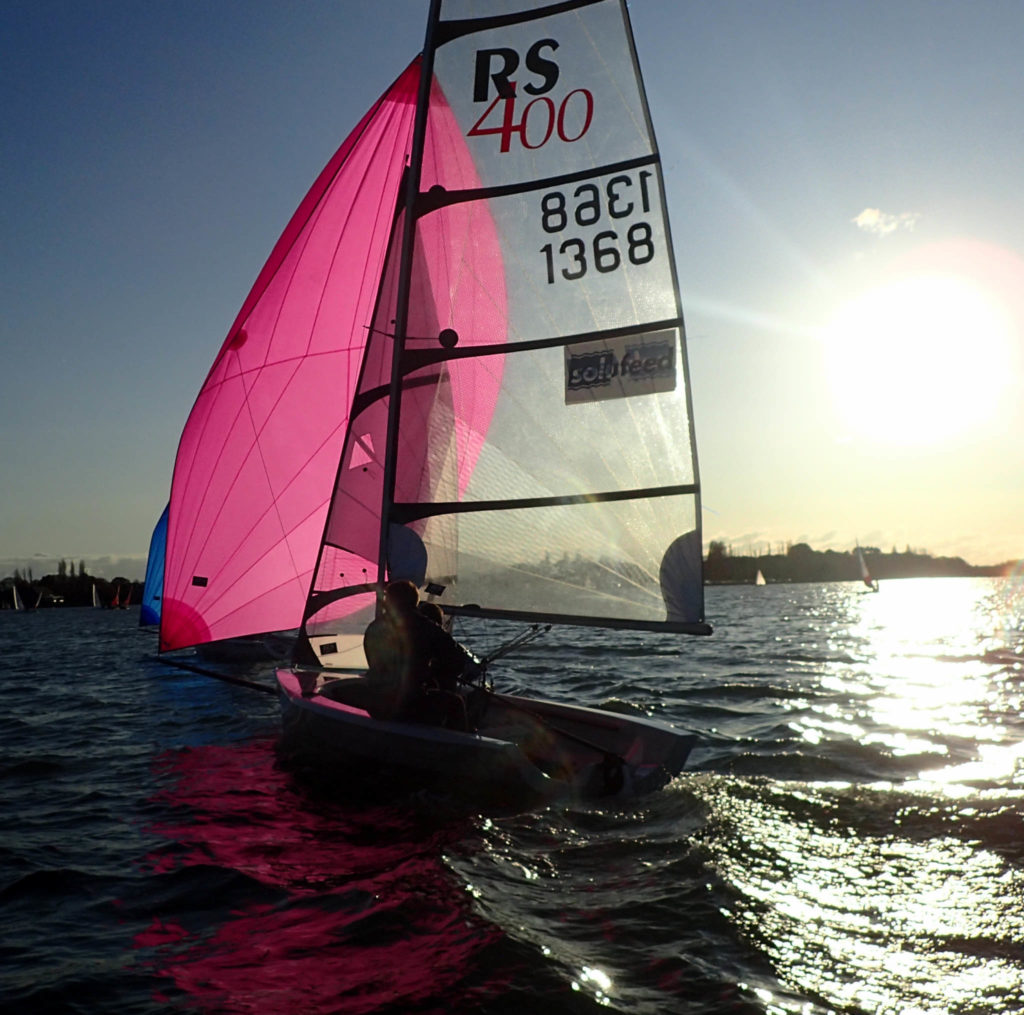 In the fast fleet, the competition between the 400s of Steve and Sarah Cockerill (SBSC) and Jack Holden and Mark Oakley (AYC/ISC) continued to give some high quality close racing, Jack coming out ahead in the first race and Steve in the second. However, the 200 of Maria Stanley and A Roberts (HISC) sailed a great race to split the two 400s in the first race and coming 3rd in the second race.
Within the Merlin fleet, there was strong competition between members of the Warren family for 4th, 5th and 6th places in both races but Nick and Roger Elliman sailed a strong race to split the Merlins beating Alex Warren by 1 second to take 6th place in the first race. 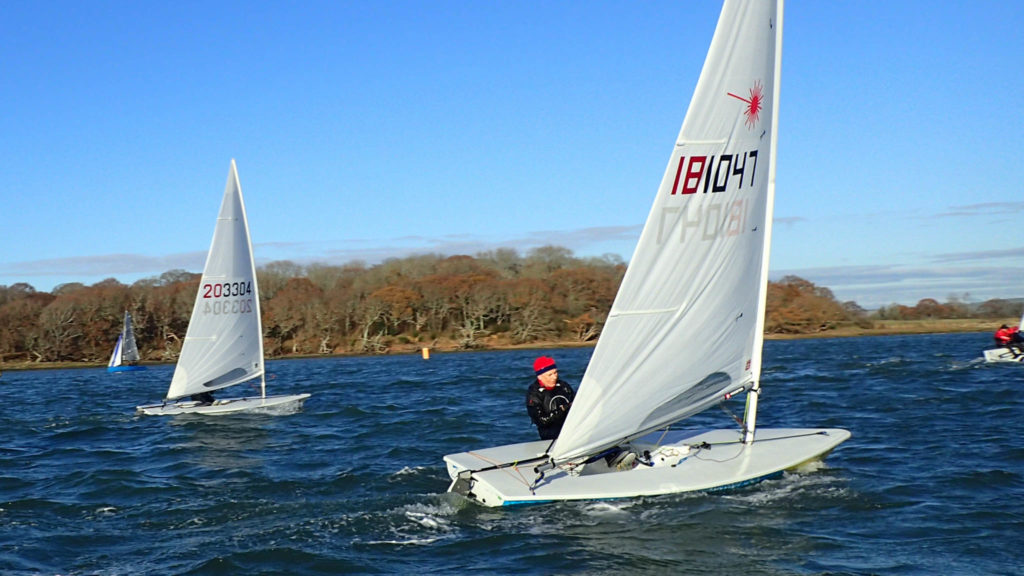 In the slow fleet, local sailor Thomas Machell (CYC) continues to sail his Topper very skilfully to win both races convincingly. Joshua Hames (Felpham SC) also mastered the conditions to bring his Topper home in second in the first race. Zac Smith took second in Race 6 in his Laser 4.7. Competition between CYC sailors Bas Bush and Effie Grant continued to give close racing in their Mirrors each scoring a 3rd and 5th . Sebastian Wattam (FSC) and Catherine McHale (CYC) both sailing Toppers split the two Mirrors.

Afterwards everyone retired to the club to warm up and enjoy the sunset!

The last races of the series will take place on Sunday 15th December followed by mulled wine and mince pies and the Prizegiving. 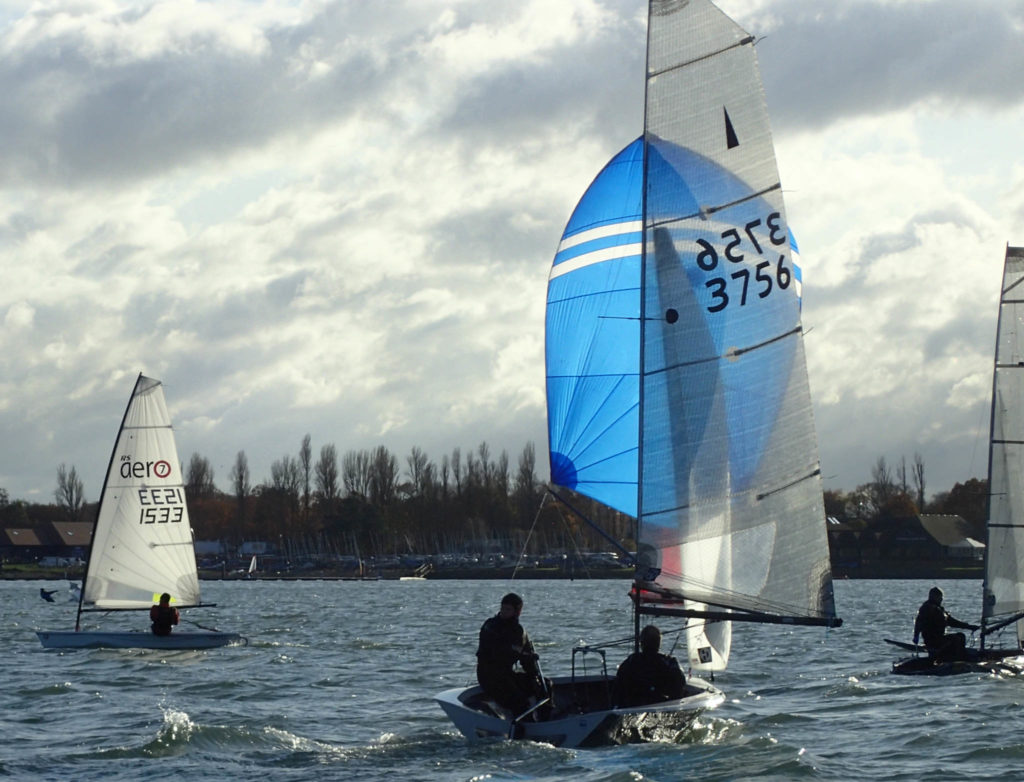