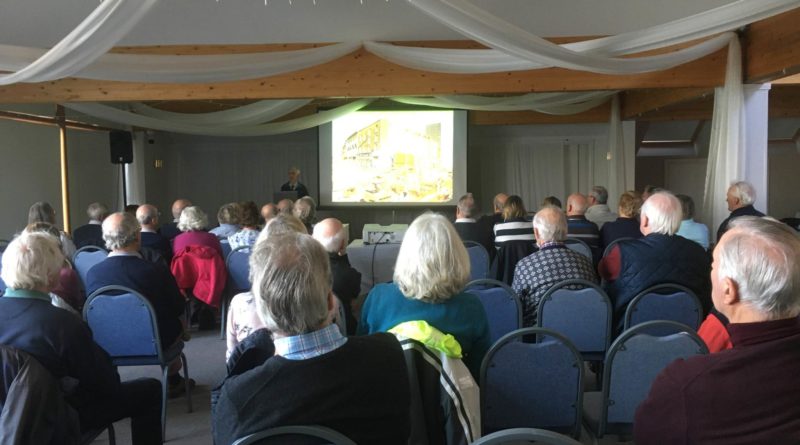 Today about 50 of us enjoyed Jeremy Batch tell us tales from the Phoenicians to Horatio Nelson and from the North East Passage to the Chichester Canal. He told us about the ‘Dover boat’ which is dated 1500 BC claims to be the oldest substantially intact seagoing boat. We learned how King Ethelred pulled London Bridge down by vigorous rowing and how this is still celebrated in the children’s nursery rhyme. We saw a replica of Discovery, one of the three ships that crossed the Atlantic and formed the first English speaking settlement at Jamestown (Virginia). We also learned how the canal construction between the Rivers Wey and Arun that resulted in the first inland waterway between London and Portsmouth took 177 years to build 115 miles – it makes HS2 seem to be racing along.