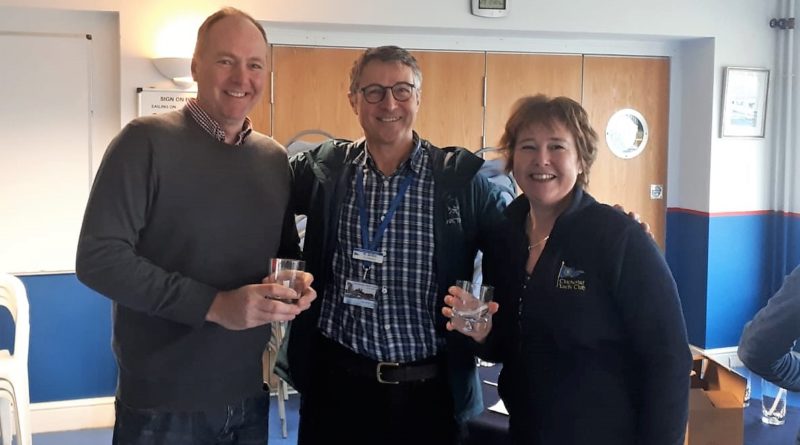 The CYC Snowflake was badly impacted by the series of storms passing over the country. Two of the four events were cancelled due to winds exceeding the clubs 25 knot upper limit.

The Race Committee tried to catch up on the last day, with a change to the sailing instructions to introduce a third race and a shorter gap between races. The Forecast had strong winds overnight, but a fall through the day to more reasonable wind strengths. If the reduction in wind strength came a few hours early then racing might be possible. The Race officers conferred at 0800 and concluded that the wind was not going to cooperate, so unfortunately had to cancel the event.

With many competitors deciding to take an extra Duvet Day, the prizegiving saw a reduced number of attendees.

The Overall Snowflake winners were Iain and Sarah Yardley of Silver Wing SC sailing their 2000.

The prize for first CYC boat went to Mike and Paula Olliff also sailing a 2000.

The Series results were as follows.

Full details and lots of photos from the earlier dates are available here.