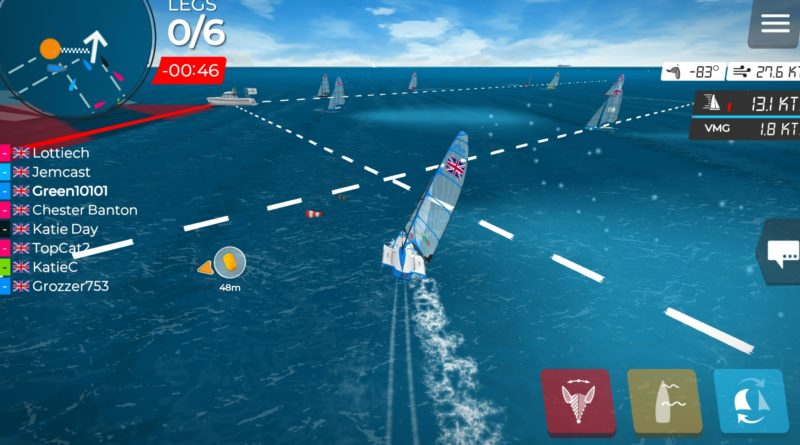 After a week of shutdown, the dinghy sailors of CYC are back racing….. In a virtual race series.

Rear Commodore, Alastair Jenkin organised a Virtual Regatta, posting Notice of Racing and Sailing Instructions online. At this first event 8 competitors joined in the racing, but hopefully future events will attract more. The Series had 6 races, each with a different type of boat, including J70’s, Nacra’s and 49er’s.

The Racing was very close, with everyone getting the hang of it as the series progressed. The Virtual environment had people gaining and losing places if they failed to see a gust or a header, just like real racing.  In the early races, there were plenty of mishaps, with people accidentally hoisting spinnakers, while sailing upwind! But by the end some races had just 0.2 seconds separating boats as they crossed the finish line.

Not surprisingly, the Series was won by Alastair, with a clean sweep of all the races. Which shows that in virtual racing practice and experience count just as much as the real world. Second place went to Katie Day with an impressive series of results, third was Chester Banton, and fourth was Chris Grosscurth. Chris was doing well up to the medal race, where he scored his worst result, and saw the double points hurt his result.

The Racing was run on Virtual Regatta Inshore – why not download it to your PC or mobile device and join in the next series. Registration Details and Notice of Races can be found in the new CYC Virtual Club on Discord, see section news letters for links.