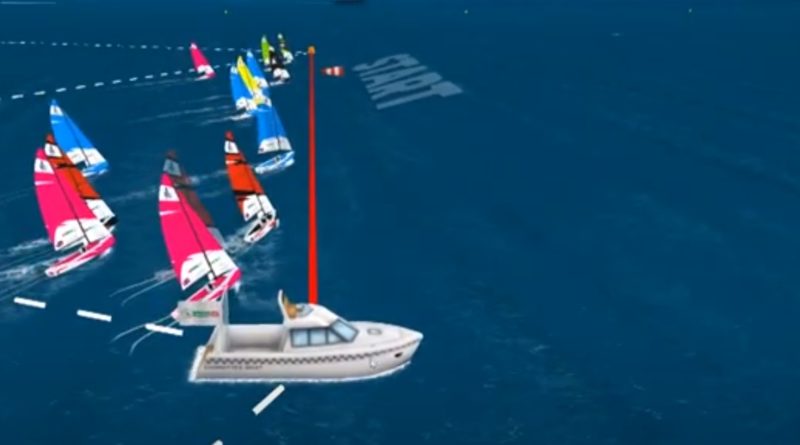 The first round of the Virtual eEvening Series was raced on Friday evening. With a fleet of 17 competitors including some first time eracers, it was a nice start to the weekend.

The Racing took place in ePortsmouth with the Spinnaker Tower glimpsed during the start. The competitors lining up in sporty J70’s ( a bit bigger than some of the dinghy section were used to.)

Race officer Al Jenkin made sure that everyone was organised using the discord chat channel. The chat between races was full of banter, adding to the enjoyment.

When the racing got started, it was clear to see who the experts are, they crowded the committee boat to get the best start then read the lifts and wind shifts to get consistently good results. Over three races the third place went to Mark Gardner, unlucky not to have done better after winning two of the four races. Second place with a consistent podium finish in all races was Al Jenkin. The Winner on the night was Alex Cray, cementing his series win with a race win in the last race.

After racing the competitors wished each other well and went back to their lockdown friday nights, another advantage of esailing, there’s no time needed to put your boat away, so its straight to the eBar! 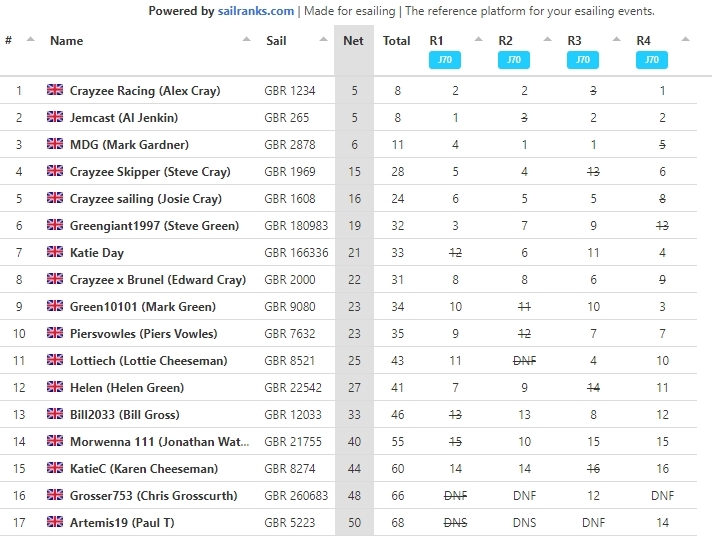