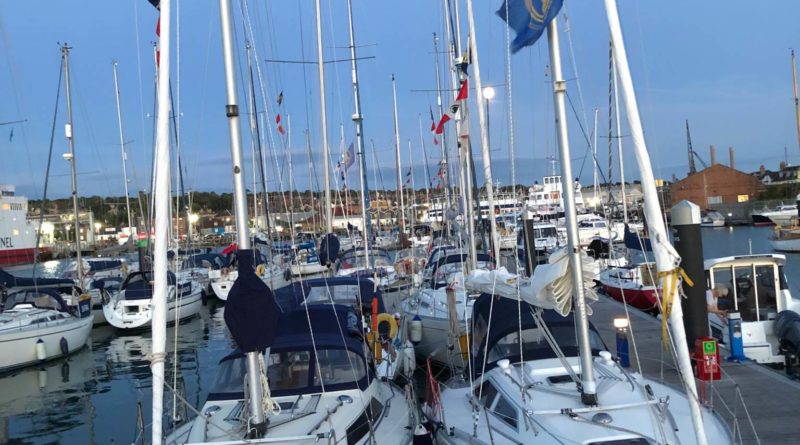 Over the weekend of the 1st and 2nd August nine yachts joined us on a cruise to Shepards. The weather was wonderful and most of us had some perfect sailing with good winds and gentle seas. It was lovely to see so many people face to face (distanced of course) as opposed to on a computer screen. In the absence of a pontoon party an online Nautical treasure hunt was organised. We all logged in to an online application and the quizmaster (Good Time Girl) took us through our paces. The answers were all to be found on the paper charts of the Solent. It was a laugh but could not be taken too seriously, a number of issues with the internet access disadvantaged some boats and different editions of the charts changed some of the answers (it was a surprise to me just how many were affected). Each question was timed with faster answers receiving more points. This lead to quite a sense of urgency! The finish was a tight run thing between Dawn Chorus and First Light but in the end First Light pulled through receiving a vintage from the cellar of chez Brown. I think everyone learned something or refreshed some distant memory from our Day Skipper courses. Some ate on board and others took to the town which had some of the normal Cowes life about it.

During the preparation Shepards expressed their concerns about rafting but you can see from the photo that they are returning to normal operation.