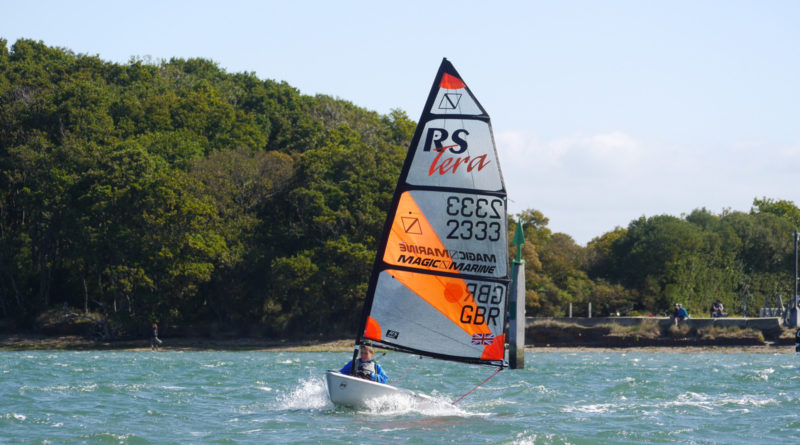 CYC’s August series took place over three days. Each day provided a new challenge, with the extremes of strong winds followed by no wind.

On Day 1 with light wind, scattered showers and some ominous black clouds forming in the distance, the Race Officer, Roger Millet, set a course using the fixed marks, but added a Green Spherical mark to provide a good start. As the first race completed a series of  strong squalls passed through the lake. The Second race saw the assymetric 2000’s enjoying some fast Reaches.

With a Very high tide, there was still water to launch an hour after the racing had finished. 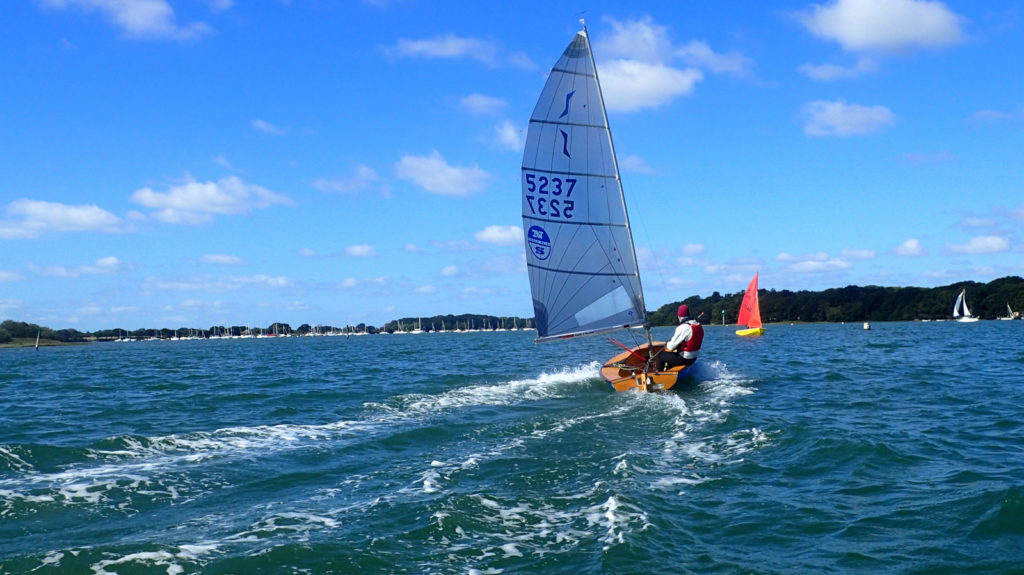 Day 2 had strong northerly wind from the start, with gusts well over 25 knots, the fleet waited on the shore for the forecast reduction in strength. After an hours postponement, the Race Officer, Ian Payne, set a course that used the full lake area and provided a long beat up to Bowling. In the first race the fast fleet was reduced to two boats, Nick and Roger Eliman in their RS400 pulled away from Alastair and Manu Jenkin in their 2000. The medium fleet had four competitors, two Solo’s and two lasers. The Laser of Charlie Porter won the race. In the Slow fleet, Samual Tonks sailing with great confidence in the strong wind took the win.

The Second race saw the wind subside and more boats took to the water. In the Fast fleet the tables were turned as Alastair and Manu managed to keep the RS400 in site and take the win on Handicap, In the Medium fleet it was another win for Charlie Porter. In the Slow fleet, Lottie Cheeseman sailing a Laser 4.7 managed to win over the water, but when the handicap was applied it was a dead-heat with Sam Tonks in his RS Tera pro.

Day 3, was held on the Bank Holiday Monday with wind barely registering on the scale. The Fleet launched and drifted to the start line. Some sailors gave up and returned to the beach. The Race Officer Meryl Dean, set a simple triangle course, but in such light conditions it was still a marathon to get around the course. Bill Grose and Sally Cantello won both fast fleet races in their Scorpion. The Medium fleet races were won by Lawrence Murray in a Solo and Roger Millett in a Hadron H2. The Slow fleet first race was won by Isabella Tonks sailing her Optimist with Pete Harrison taking the second race in his Foxer.

Over  the six race series the Fast Fleet was won by Alastair and Manu Jenkin, consistently scoring first and second places and the only Fast Fleet boat to complete all six races in the Series. The Medium Fleet was won by Ian Payne in his Laser. The Slow fleet was won by Pete Harrisonin his Foxer, followed closely by Samuel Tonks in his Tera.

September sees a return to normal club schedule with the start of the Autumn series.