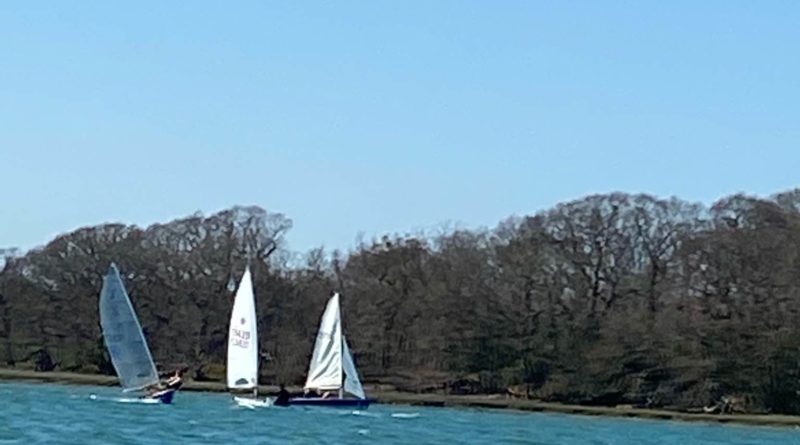 The CYC Dinghies were finally released from the lockdown over the easter weekend. The winter series, which normally attracts racers from across the south of england, had to be cancelled. So the chichester sailors were more than ready for the first club race of the year. The lessons from running racing last year meant that the club was prepared for the covid restrictions, with online registration, WhatsApp course breifings and safety boat cleaning regimes. With the sun out and a chilly breeze the competitors had to quickly change in the carpark. 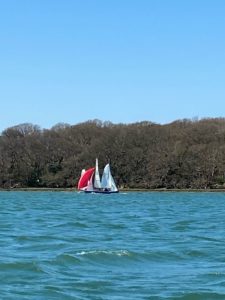 Good Friday saw the First Breath Series race 1&2. Andy & Liz Palmer-Felgate, kindly volunteered to be race officers. Nineteen boats registered for the races. In the Fast Fleet Chris Grosscurth and Emma York finished at the top of the table with a Win and a Second place, sailing thier beautifully restored Merlin Rocket, Second place went to Mike and Paula Olliff with a third and a first in thier 2000.

A very healthy Medium fleet of 10 boats was led by Lucy Boreham who topped the table based on two second places. Charlie Porter was placed second with a Win and a fourth.

The Slow fleet table was topped by Ethan Sparkes in his Topper, with Thomas Night showing determination to complete two races earning his second place on the table. Lottie Cheeseman in her Laser 4.7 did well in the first race but retired from the second race. Hilary and Lottie Sparkes sailing together in a Pico finished in fourth place.

On Easter Saturday, the club ran a one-off Race series “the Easter Egg Challenge”, with two races and the promise of Easter Eggs to the winners, 15 boats signed up for the event. 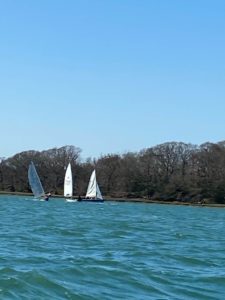 In the Fast Fleet, the Hodge Family were out in force, with Chris and Louise taking the win with a Second and First place and Jess Hodge sailing with Hannah Thompson finished further down the table. Bill Grose and Sally Cantello finished Second, sailing thier covid project Scorpion.

The medium Fleet was won by Lucy Boreham, completing a very successful two days. Lucy was followed by Ian Payne in second place.

In the Slow Fleet, Ethan Sparkes also completed the double, with a clean sweep win in his Topper. Lottie Cheeseman finished second.

With a successful weekend of sailing under their belts, the club is looking forward to hosting its first Open meeting of 2021, with the RS400 Open on Saturday the 10th.