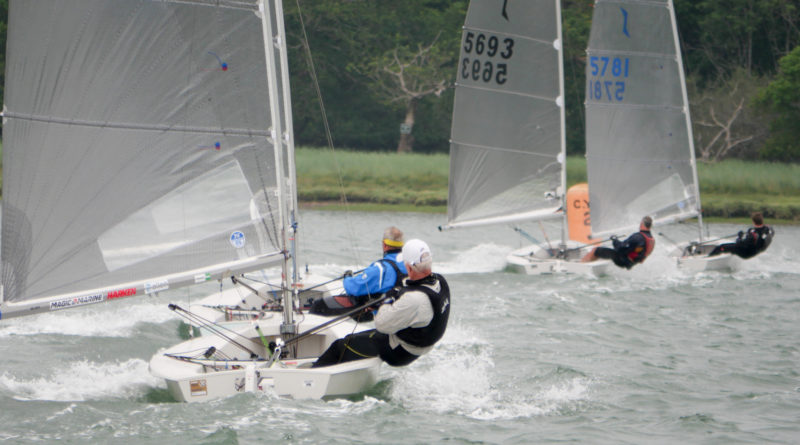 23 boats arrived at CYC in pleasant sunshine for the 2021 Solo Open. As the black clouds filled in a north easterly 15Knott wind was blowing down the marina channel, not great weather for the beach but great conditons for sailing. The Race Officer, Chris Grosscurth. set a trapezoid course with the committee boat placed close to the Marina Channel and the windward mark set towards copperas point.

In Race 1 the fleet pressed the line enthusiastically, with Guy Mayger unfortunately straying just too far. The first beat saw many boats closely crossing each other as the tightly grouped fleet approached the windward mark. A broad reach across to mark 2 stretched the fleet out, followed by a downwind run to the bottom of the course. With the fleet making good speed, the race officer allowed them to go for 5 laps.

At the end of the first race, Silver Wing’s Tim Lewis finished first followed in by HISC’s Alex Butler and Fraser Hayden from Papercourt. 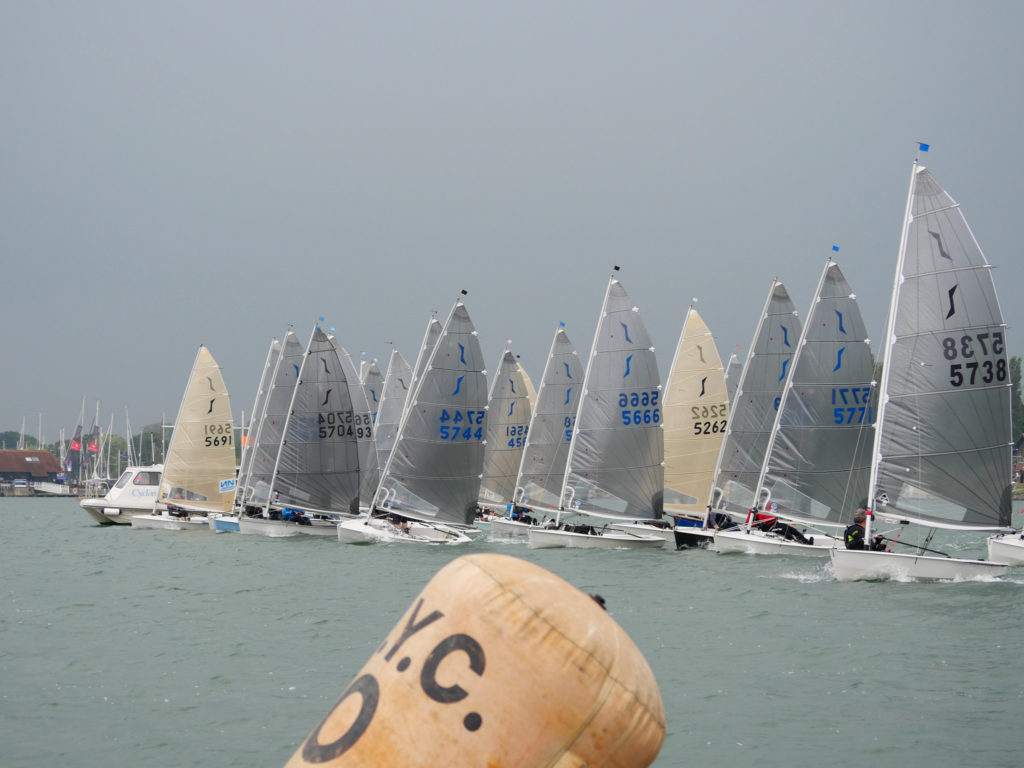 The Race officer adjusted the start line before race 2 and the fleet held back from the line allowing them all to get away cleanly.  The wind strength was reducing through race 2, so the race officer reduced the race to three laps. At the end of race 2, Silver Wing’s David Mason took the flag followed by Felpham’s Guy Mayger and Andrew Boyce from Papercourt. 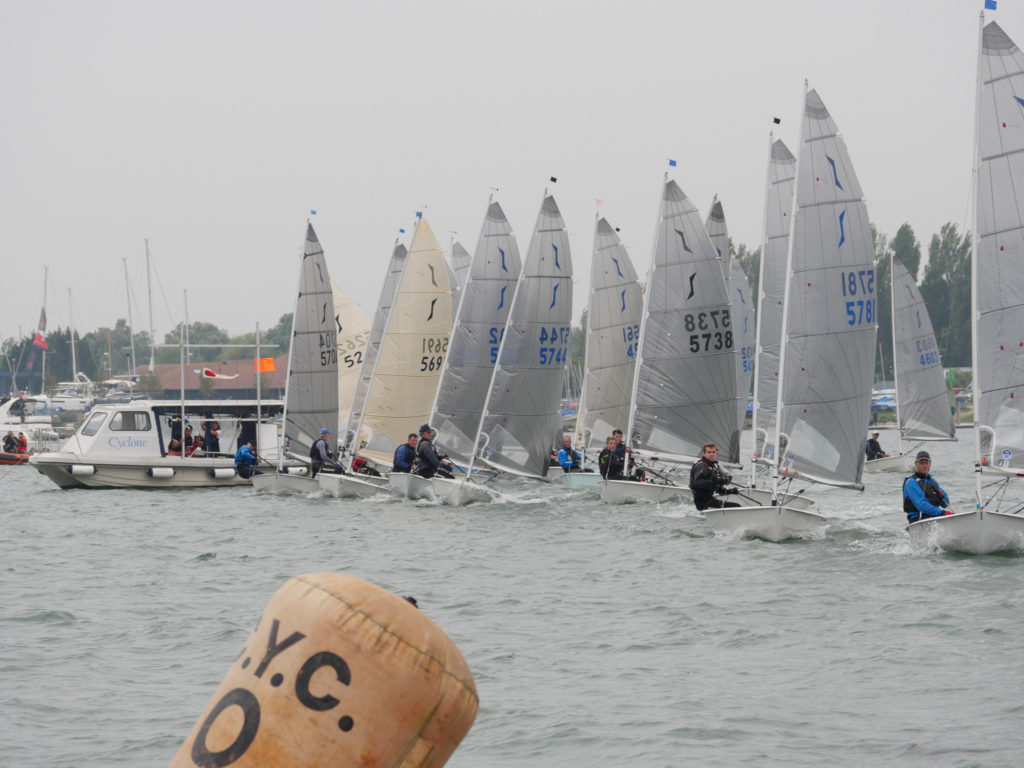 As race three got away the black clouds were very ominous over the course. The Fleet got away cleanly, Guy Mayger got a good start closest to the committee boat and led the field as they headed toward the lee shore to avoid the now ebbing tide. As the fleet completed the first lap the sky had darkened notably, Guy had built a clear lead, but Tim Lewis and David Mason were fighting for second place. Tim Lewis rounded the top mark first on the final lap, but David managed to overhaul him before they reached the bottom of the course. Significantly, the wind chose to switch through 90 degrees as the rain came down. The Race officer chose to shorten the course as the winds new direction removed the beat.

The heavens opened as the competitors returned to the beach. Given the forecast everyone was relieved that three good races had been completed before the rain hit.

After the competitors had packed away thier boats they gathered in the sloop (in socially distanced groups of 6) for cake, drinks and to hear the results. Third Place went to Tim Lewis with 4 points, second place went to David Mason with 3 points, Guy Mayger won the series also on 3 points by virtue of his first place in the final race. CYC’s Ian Lissamore won the prize for the best placed competitor over 70.

Full results and many more photo’s are available from the CYC Open Results Page.