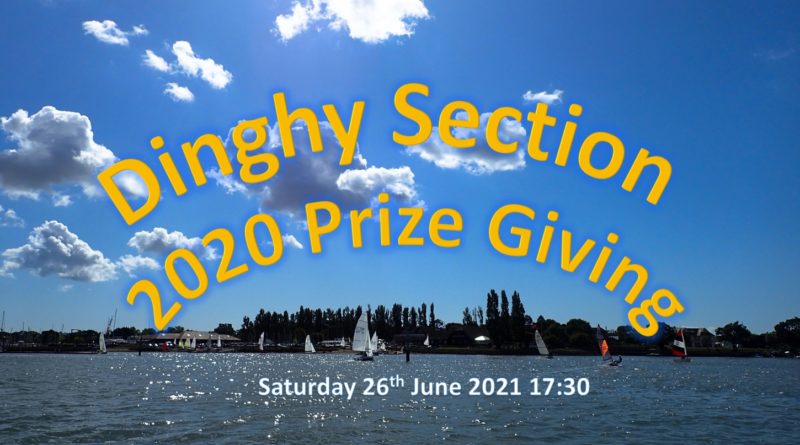 RC Karen Cheeseman and Sailing Sec Biddy Colbourne hosted the delayed dinghy section prizegiving on a sunny june evening. Normally the prizegiving is held in November, but for obvious reasons it had to be deferred. Hats off to Karen who was determined to not forget the 2020 prizegiving, she had joked back in the winter that we would have a 2020 prizegiving even if it was a year late.

The sailors spread themselves around the upper deck in small groups and rather than have people milling around, the prizes were delivered to the winners.

The 2020 season was a short one, so the number of prizes was fewer than in previous years, so the ceremony was over in 30 minutes allowing people to return to the garden or the restaurant for the Indian Curry Evening. Although everyone was wearing masks as they moved around the club, it at least felt like the club was returning to normal, with some carefully organised social events.