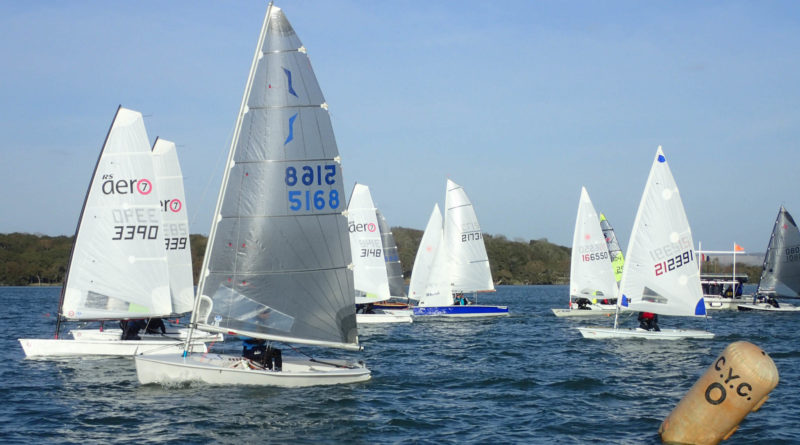 After the disruptions of 2020, it was especially nice to be able to welcome visitors back to CYC’s Frozen Toe winter series. The Frozen toe runs up to Christmas, followed by the Snowflake series in January/February.

The weather on Sunday was perfect for November with bright sunshine and a fresh wind, with some interesting gusts to add spice. The race officer Nick Eliman, set an M shaped course with two beats and a fast reach to the leeward mark.

over 30 boats signed on for the event, with a strong medium fleet of 18 boats.

In the fast Fleet the RS400 of Neil Bevington and Alan Skeens from lee on Solent led the way over the water, but CYC’s Roger Millet in his Hadron H2 took the first race on handicap. After the two races, Neil and Alan led the fleet by a point.

In the medium fleet, the Aero 7’s took the wins on both races, but the results were shared between the four Aeros. CYC’s Andy Palmer-felgate took the first race, and Felpham’s Callum Aldus the second. After two races the top of the table had three boats on 6 points, Felpham’s Andy Conway and Richard Bentley and Dell Quay’s Mark Harper.

The full results for the first day can be found on the CYC Open Meeting results page.

The next frozen Toe is on the 21st November, first start at 11am.