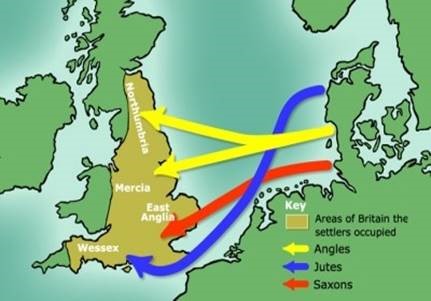 Despite being open to all sections of the Club, a disappointingly small audience of 25 attended our second winter lecture on Sunday 14th November. We were reminded of the origins of the shaping of the continents by our speaker, Mike Curtis.  He went on to tell us of the invaders and immigrants that made up the elements of the ‘United Kingdom’ as we know it today.

The influence of the Romans, especially under Emperor Claudius, made our islands a valuable source of metals. Then a variety of peoples from the continent and Scandinavia made us into the mixed race we now call Anglo Saxons. More will be revealed in Mike’s next lecture in this series of four.