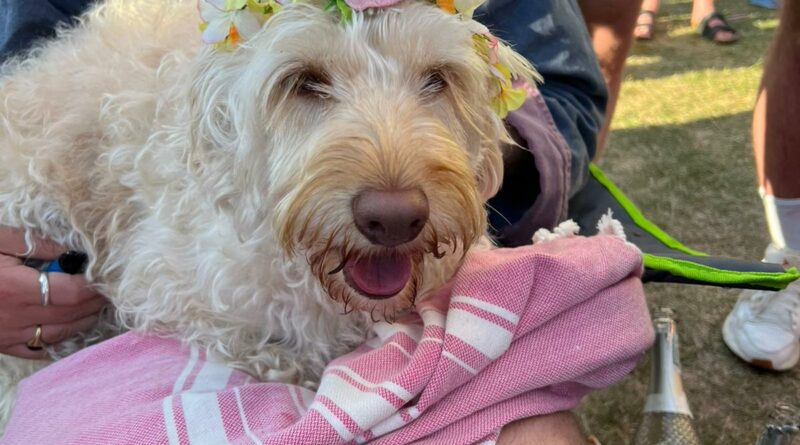 It was always going to be a popular idea to set out on a bright Friday morning, but few of us realised just how popular. Seemingly within minutes the queue to lock out reached into the 40’s and many of us just had to wait. Naturally there were those who had thought this through – both Nola and Himalia had left very early with just enough water to get out and Mam’selle had left on Thursday and berthed at Gosport over-night.

Not all managed the trip as planned however, Arkaig was without a weekend home for Rita (the dog), Jules had damaged props coming out of Island Harbour and Destiny had an engine over-heat en-route and had to abandon the cruise. Spookily, Bowhunter also had an engine over-heat (same side too) but it must have been a patch of weed covering the intake as all returned to normal once the boat was slowed down.

Those that did make it to Berthon were Bowhunter II, Nola, Mam’selle, Himalia, Roxy 2 and Callisto. We were also joined by Jan Silvey and family as land cruisers. The boats at Berthon were huge and dwarfed most of us, making our berths look ridiculously small. I hadn’t seen so many pristine 60’ plus boats in one place for quite a while (made Bowhunter look a poor relation and in need of a polish!). We did spot Oliette on the hard looking very shiny too.

Friday evening saw the usual Pontoon social party followed by a very nice meal at the Mayflower Restaurant and general chatter into the night. Friday was spent washing the salt off and doing the rounds in Lymington high street, where it was market day. Some of us discovered Pasties and Lardy Cake which were of course irresistible. The more energetic made it to the Lymington Sea Water pool and obstacle course.

We all managed to get to the Seafood Festival during the day with most of us at the evening session where The Queen Tribute band played to a huge and enthusiastic crowd. Including of course, the CYC touring singers who strangely were not invited onto the stage to give inspiration to the band, who were in fact very good.

We mostly all followed the 10.00 Yarmouth Ferry out of the harbour on Sunday morning (Roxy 2 liked it so much that they decided to stay on for a while) to discover that the light winds had increased to interesting levels and with the tide and wind opposed generated a slower and rather choppy return to Chichester. Not pleasant. Overall the weekend was enjoyed by all who attended and made a note to ensure that we have a cruise in 2023 to coincide with the Festival once more.