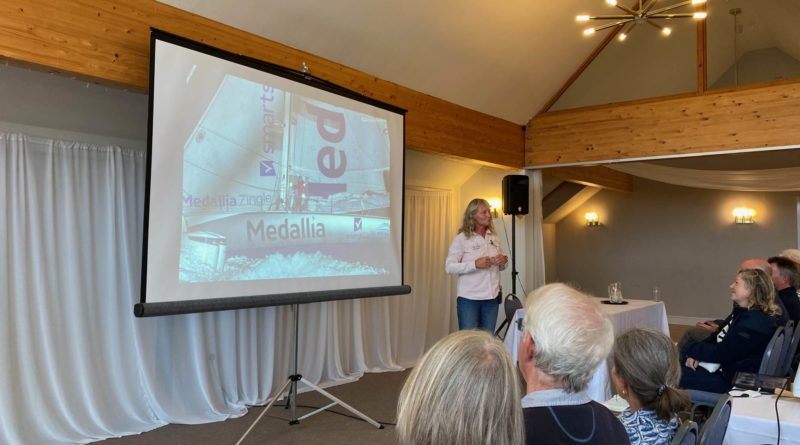 On Sunday 19th Pip Hare came to CYC, a 100 members were treated to listening to Pip tell us about her Vendee Globe adventure racing her IMOCA 60 in the Vendee Globe Race 2020. This is a lady who tells us her inspiration comes from the fact that ‘more men have walked on the moon than women have completed the Vendee Globe’. 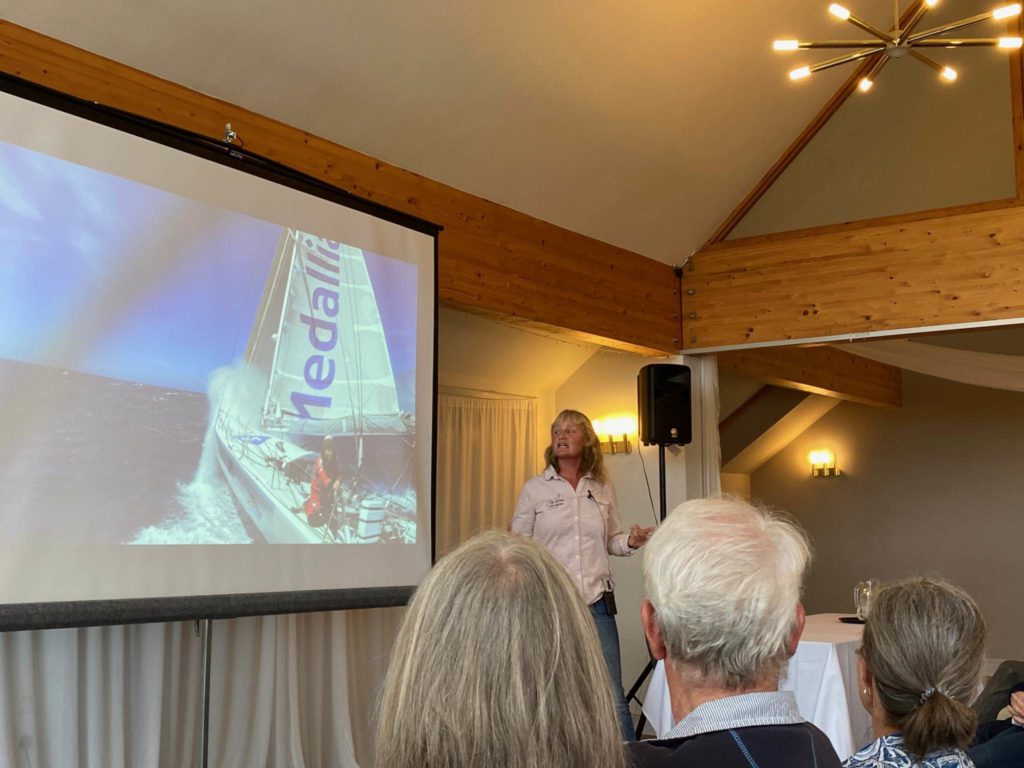 She told us about the high points, sailing in big seas and pushing the boat  just that little bit more than she thought she could and gaining that extra distance. There was the elation of knowing that although she was in one of the oldest boats in the race she was in front of younger, supposedly faster foiling boats. She told us how she listened to the boat every creak and groan.

There were the worrying moments when the cracked rudder needed to be replaced, she had trained to do this but not necessarily in the Southern Ocean but it had to done so it was, but how many times do you check the knot before you throw your new rudder over board so you can put it into place? 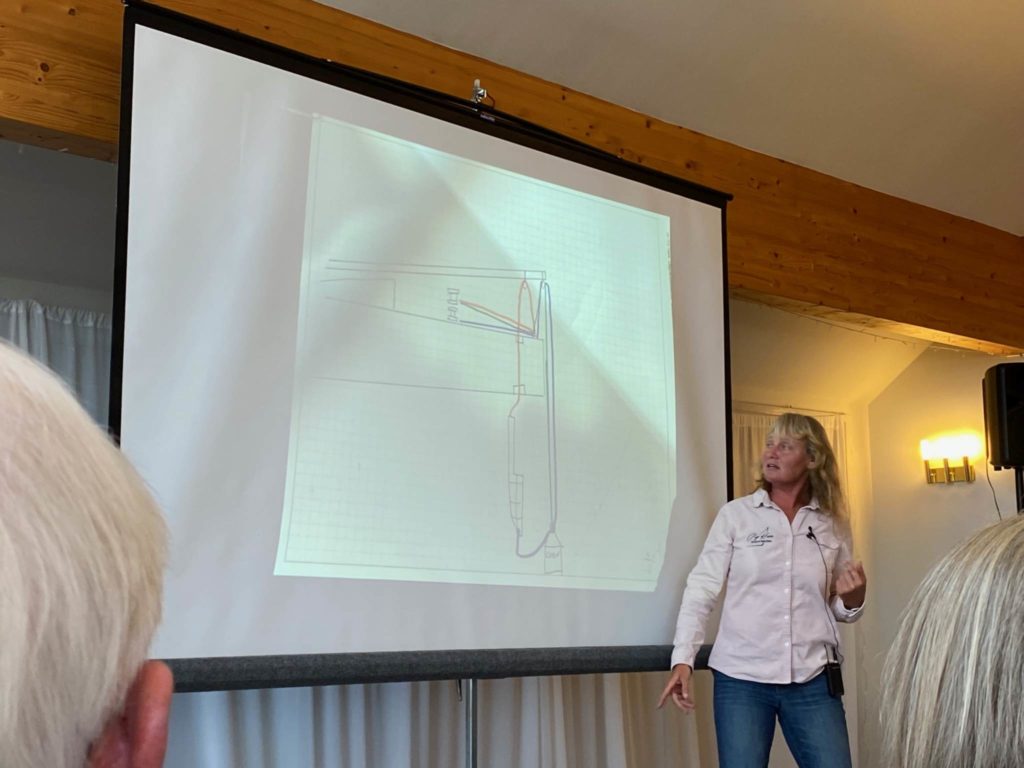 There was the nerve-racking moment of climbing the 30-metre mast whilst still under sail and then there were low points when she was in pain having been stung by a Portuguese Manof War jelly fish and suffered a dreadful reaction. Through all of the highs and the lows she was determined and kept going and on the 12th of February 2021 Pip Hare finished the Vendee Globe Race, in 19th place in a time of 95 days, 11 hours and 30 seconds.

Pip is an incredible lady, an inspiration to both the young and the not so young, this is a lady who realised her dream after dreaming about it for 30 years she speaks from the heart about a sport that she truly loves. 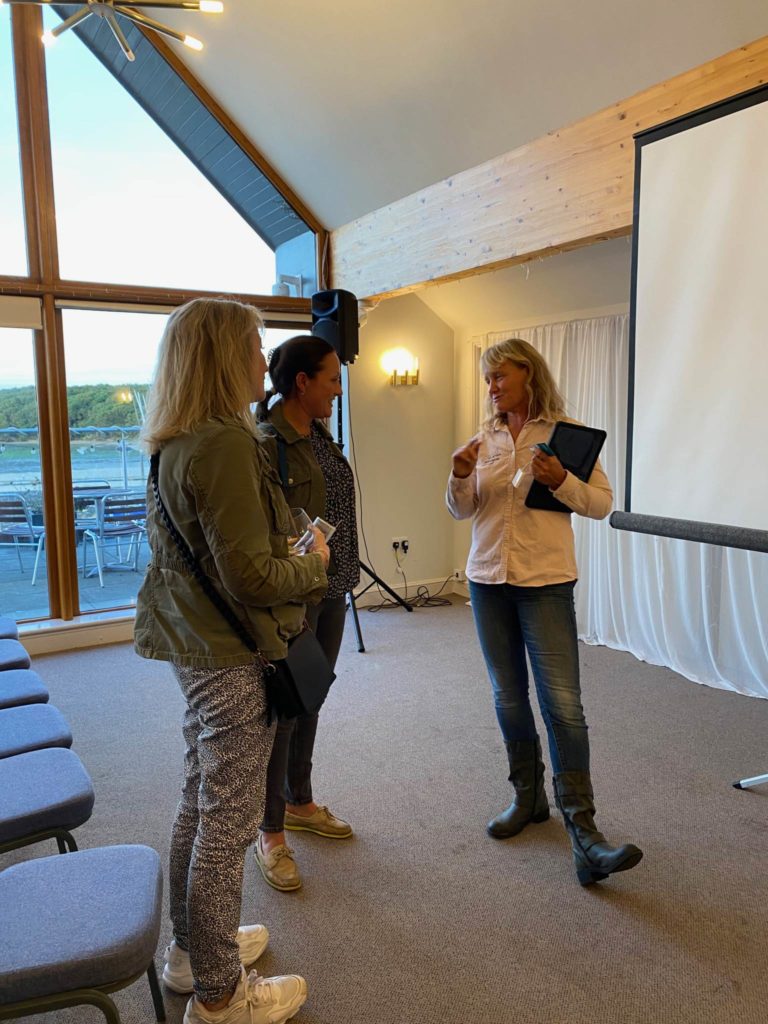 In Pips own words, ‘most of the time, the thing that limits us is ourselves: we underestimate, what we are capable of. Its just giving yourself permission to have a go’. Pip is now preparing for the Vendee Globe Race 2024.