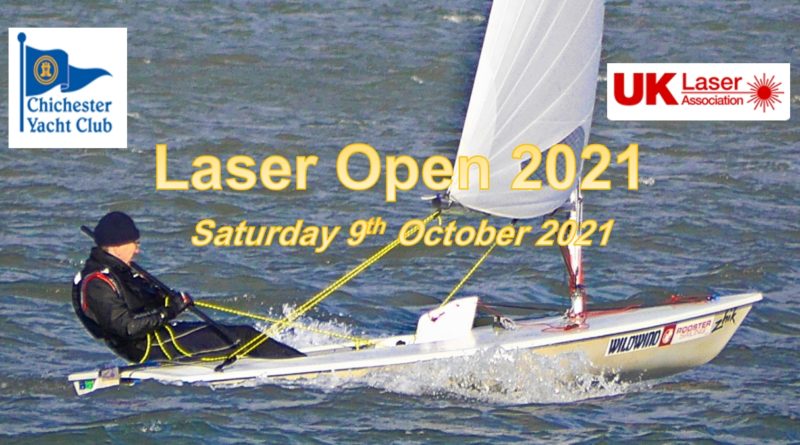 20 Lasers entered for the CYC Open with great support from 8 CYC members.

The forecast for light winds turned out to be accurate but the first race started, with only a slight delay, in a breeze from the north. Due to the light winds many 4.7 sailors transferred to the radial fleet. A trapezoid course was set and close racing in the standard fleet resulted in James Perry and Tommy Perkins sailing the two CYC club boats having a close race with James coming out on top. Charlie Porter made his way to third after being over the line at the start, with Julian Wilkins 4th

In the radial fleet Richie Thurlby from Hill head and James Curtis from Bosham built a considerable lead finishing first and second with Luke Watson (Emsworth SC) coming in third with Edwin Gamble from HISC making his way from last to 5th.

Ethan Sparkes ( CYC) won the battle of the 4.7s

The start of the second race was delayed while a wind shift forced the course to be reset. The race started in a reasonable breeze but half way round the second lap it evaporated. As the RO was considering abandoning the race a new breeze filled in from the north. Sadly, it then evaporated again causing the course to be shortened at the next mark. However, Julian Wilkins CYC mastered the conditions and improved from 6th to lead after the second lap and maintained his lead to finish first followed by Wayne Williams CYC who sailed consistently in the difficult conditions. They were followed home by Richard Bradshaw from Weirwood SC who improved from last to third. James Perry came fourth.

Race Results can be found on the Open Meeting results Page.