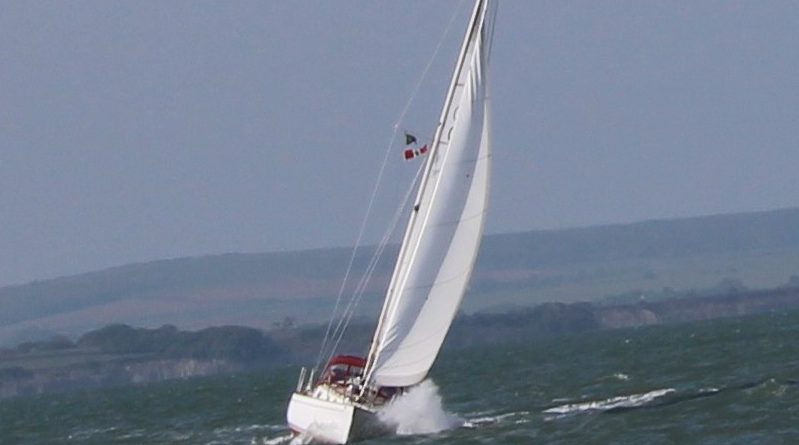 During the week 14 yachts and 1 motorboat took part in the cruise. The sun shone almost all week and the wind played ball, except for the early leavers who had to beat back to Chichester.

We visited Yarmouth on Monday 8th where  the entire cruise was moored soon after lunch.  The pontoon party was well attended in the evening before many crews ate in the Wheatsheaf.

Tuesday 9th was a lay day with a walk over Tennyson Down followed by lunch at the Red Lion in Freshwater. Some crews chose a shorter walk or a bus ride to lunch with one person cycling. After a short(ish) walk back to Yarmouth, tea and cakes were served on Raven and Bugsy 2. As the shadows lengthened, the cruise adjourned to the Royal Solent Yacht Club for early evening drinks.

Wednesday 10th we sailed to Port Hamble, where disappointingly we were faced with temporary facilities of a lower number and standard than we expect in this day and age. If you are planning your own trip there, check beforehand that the new facilities have been completed. 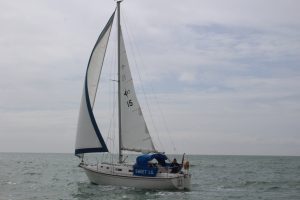 An excellent meal in La Dolce Vita took place in the evening before a few of the cruise headed to a lock-in in one of Hamble’s excellent pubs.

Thursday 11th brought the second lay day involving a ferry trip to Warsash and a walk along Southampton water back to the Warsash Sailing Club who again provided a very good and reasonably priced lunch. No-one took the bus, although there was one bike, and a builder with his barrow accompanied us on the ferry. Tea and cakes followed on Raven and Dawn Chorus. 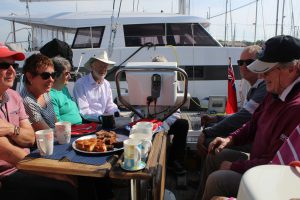 In the evening a number of crews headed to the Victory for the Wickham Morris dancers. CYC proudly fielded its own “side” of six brave participants in one of the dances. 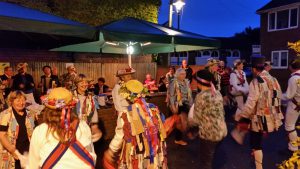 Friday 12th was an early departure for a decent sail to Chichester with the opportunity for attending the 2nd Friday Yacht Section Social for those not yet partied out.

Thanks to John and Judy, Quintette, our deputies and to all the boats and crews that took part.